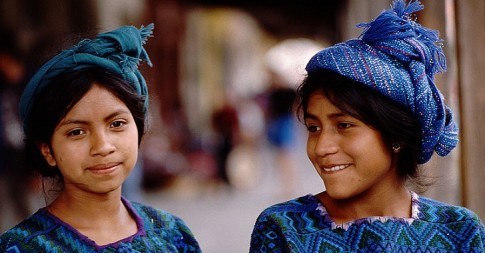 The horrific results of the Guatemalan civil war are still felt by Mayan women who were systematically raped by members of the military.

The recent history of Guatemala is filled with horrible stories of oppression, colonization, murder, and destruction. Indigenous communities have long been victims of enslavement and violent abuse at the hands of various dictators. In 1954, the U.S. Central Intelligence Agency launched Operation PBSUCCESS, a covert program to overthrow democratically-elected Guatemalan President Jacobo Árbenz and install the military dictatorship of Carlos Castillo Armas. This coup would lead to the reign of several U.S.-backed dictators, as well as the Guatemalan Civil War

During the civil war, the Guatemalan government fought against groups of guerilla rebels, suppressed freedom of the press and speech, carried out mass disappearances of government critics, and committed large scale rapes of indigenous women. In testimony provided to the United Nations, Daniel Wilkinson of Human Rights Watch stated:

“A UN sponsored truth commission estimated that as many as 200,000 people were killed during the 36-year war that ended in 1996. Government forces were responsible for the vast majority of the killings. Their victims were mostly unarmed civilians. Their methods were often extraordinarily cruel. To give just one example, in 1982, in the village of Las Dos Erres, Guatemalan soldiers killed over 160 civilians, burying some alive in the village well, killing infants by slamming their heads against walls, keeping young women alive to be raped over the course of three days. This was not an isolated incident. Rather it was one of over 400 massacres documented by the truth commission-some of which, according to the commission, constituted ‘acts of genocide.’”

In 2011, The Guardian spoke with Teresa Sic, a 58-year-old survivor of the civil war, who described her experience:

“When the soldiers found me they grabbed me, took me to the river, and raped me,”  Sic told The Guardian. “On the same day, they raped other women in the village. They burned everything. They tied me up, but I freed myself aided by my five-year-old daughter. I went to seek help. I was hungry and afraid, but nobody would take us in.”

The Guardian also notes that “between 1960 and 1996 more than 100,000 women were victims of mass rape in the Guatemalan civil war… After General Jose Efraín Ríos Montt grabbed power in a 1982 coup, it reached fresh peaks of brutality.”

The Report of the Commission for the Historical Clarification of Human Rights Violations in Guatemala states that 83.3 percent of the human rights violations were committed against the indigenous Mayan population. This means the majority of women raped were from Mayan communities. Although in 2009 Guatemalan courts sentenced Felipe Cusanero to 150 years in prison for ordering forced disappearances, and former president Efraín Ríos Montt was sentenced to 80 years for the killing and disappearances of more than 1,400 indigenous Ixil Mayans during his 1982-83 reign (a ruling that would later be overturned), no one has ever been held responsible for the mass rapes across Guatemala during this period.

In 2010, indigenous women and organizations set up the Tribunal of Conscience Against Sexual Violence, an informal hearing on the crimes of the Guatemalan military. In 2011, the women filed a lawsuit in the formal justice system seeking recognition that the rapes and assaults against the women constitute crimes against humanity, as well as war crimes. The lawsuit focused on the Sepur Zarco community, located in northern Guatemala, where six military detachments settled during the civil war. The trial will be held in Guatemala City on February 1, 2016.

According to the International Justice Monitor:

“The case will be the first in which a Guatemalan court considers a case of sexual violence as an international crime, and the first time anywhere that a domestic court has weighed charges of sexual slavery.

“Sepur Zarco is a small hamlet located in eastern Guatemala. According to the prosecution, armed forces repeatedly attacked the small village in 1982 and killed or forcibly disappeared Mayan Q’eqchi’ leaders, who had sought land title from the state, provoking the anger of rich landowners who accused them of being associated with the guerrillas. Military forces considered Q’eqchi’ women to be ‘available’ and systematically subjected them to sexual and domestic slavery. They were required to report every third day to the Sepur Zarco military installation for ‘shifts’ during which they were raped, sexually abused, and forced to cook and clean for the soldiers. After this initial period, soldiers reportedly continued to rape the women when they went to fetch water and forced them to work at the military installation. For some victims, the situation lasted as long as six years until the closure of the military installation in 1988.”

The fact that only two men are facing charges for these horrific crimes is sickening. These crimes are another reminder of the decimated realities that war brings. They are also another reminder of the legacy of U.S. intervention. If there is any justice, these men will pay for their crimes — and many others will, as well. We can not heal the scars of these women, but we can hold the perpetrators responsible and make sure they never harm anyone else again.