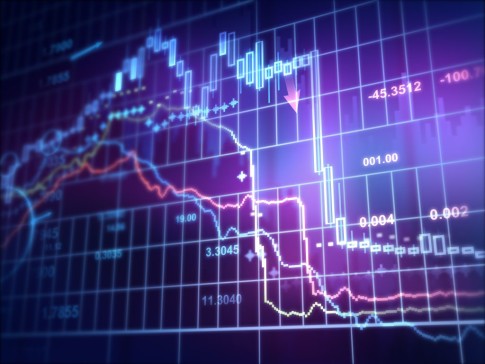 You don’t have to listen very hard to hear the bears growling on Wall Street, London, or Paris these days. Indeed, the Dow Jones Industrial Average was down another 300 points on Wednesday to just under 16,200

With the U.S. stock market sagging, oil off to its worst start ever, and the China’s economy continuing to deteriorate, bearish analysts have a wealth of evidence to point to.

And they don’t come much more bearish than Albert Edwards, strategist at Société Générale. He’s not had much nice to say about the global economy in years, and recent events have only hardened his convictions that the world is headed for disaster, and will take the prices of equities down with it. How much? Edwards predicts the U.S. stock market could plunge as much as 75%. That would be worse than during the financial crisis, in which stocks from their peak to trough dropped a brutal 62%.

In a research note published Wednesday, Edwards argued that ever since the last financial crisis, the global economy has been dependent on the Federal Reserve’s massive bond buying program to prop up equity prices and stimulate growth in emerging markets. “A commodity bubble and the resultant U.S. shale investment boom were all consequences of the Fed’s QE,” Edwards writes, referring to the U.S. central bank’s efforts to lower long-term interest rates. Now that the Fed has stopped buying bonds and has actually moved to raise rates, the artificial growth in asset prices that we’ve seen since the last financial crisis will come undone, according to Edwards. “The illusion of of prosperity is shattered as boom now turns to bust,” he writes.

Like other analysts who are increasingly bearish, Edwards marshals the recent events in China as evidence that something is seriously wrong. He argues that Chinese policy makers are in an impossible bind. Their currency is actually overvalued, he argues. Nonetheless, too bold an attempt to devalue the yuan would lead wealthy Chinese to remove even more of their money from the economy, destabilizing the situation further.

The end result of all of this will be another recession, followed by aggressive central bank action to fight falling equity prices and negative growth, according to this analysis. But with interest rates already so low and the Fed’s balance sheet already inflated from all the bonds it bought during its last stimulus efforts, there is little the central bank can do to stop what Edwards calls a secular bear market. The result, according to Edwards, will be a horrific drop that will leave the S&P 500 down 75%, to 550, from its most recent peak, hit last summer, of just over 2,100.

It should be pointed out that Edwards has been making similar calls for years. Back in 2010, he called for the S&P to collapse to 450. It didn’t. And had investors taken his advice then, they would have missed out on one of the greatest stock market booms in history—the S&P 500 has in fact soared more than 80% since then, and now, even with the recent dip, stands at just under 1,900. Of course, this doesn’t mean that Edwards is wrong. It’s plausible that Edwards is correct in his analysis that global equity markets are hopelessly dependent on central bank stimulus, and that prices will somehow, someway crash down to earth when that stimulus is removed.

But if you can’t tell investors when this will happen, that analysis isn’t very meaningful. It amounts to complaints over public policy rather than sound investment advice.

That said, even more bullish analysts like Carl Weinberg of High Frequency Economics are sounding rattled by the events taking place of late in China. In a note to clients yesterday, he referred to the recent decline in oil prices of nearly 40% from a year ago as “the unthinkable,” and reminded readers that global recessions are typically triggered when an economy builds up excess capacity that must be unwound. Global oil and commodities markets appear to fit this description, and so even if things don’t get s bad as Edwards claims they will, that doesn’t mean that there are clear skies ahead for investors.