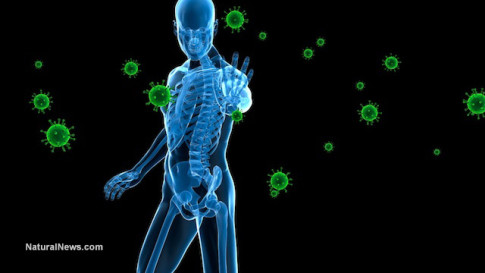 Valter Longo, an Edna M. Jones Professor of Gerontology and the Biological Sciences at the USC Davis School of Gerontology and director of the USC Longevity Institute, looked at the effects of fasting in both mice and humans, observing that when these mammals fasted, their white blood cell counts decreased. The result was that their bodies “recycled” old immune cells, thereby triggering the production of new immune cells to replace them.

Over time, immune cells can become worn out and stop functioning at optimal levels. It was previously believed that there wasn’t much that could be done to overcome this apart from stem cell treatments. However, this latest research shows that periodic fasting cycles actually flip some kind of regenerative switch inside the body, altering the signaling pathways for hematopoietic stem cells, which generate both blood and immunity.

“We could not predict that prolonged fasting would have such a remarkable effect in promoting stem cell-based regeneration of the hematopoietic system,” stated Longo, who holds a joint appointment at the USC Dornsife College of Letters, Arts and Sciences.

“When you starve, the system tries to save energy, and one of the things it can do to save energy is to recycle a lot of the immune cells that are not needed, especially those that may be damaged. What we started noticing in both our human work and animal work is that the white blood cell count goes down with prolonged fasting. Then when you re-feed, the blood cells come back. So we started thinking, well, where does it come from?”

Periodic fasting might help correct autoimmune disorders, including those brought about by vaccines

While the study focused primarily on chemotherapy patients whose immune systems are ravaged by this deadly poison treatment, the implications of the study also extend to other conditions like autoimmune disorders. By triggering the production of new, undamaged immune cells, fasting might help people who suffer from what the system has long claimed are incurable medical conditions.

As it turns out, prolonged fasting forces the body to use stores of glucose, fat and ketones as well as a significant portion of existing white blood cells. In essence, fasting acts as a type of detoxification, clearing out the old so it can be replaced by the new. The researchers say that the result is essentially the formation of a whole new immune system.

Specifically, prolonged fasting helps reduce levels of an enzyme known as PKA, or protein kinase A, which earlier research has found bolsters the regulation of stem cell self-renewal and pluripotency in addition to extending longevity. Prolonged fasting also helps decrease levels of IGF-1, a growth-factor hormone that’s been linked to aging, tumor progression and cancer risk.

“PKA is the key gene that needs to shut down in order for these stem cells to switch into regenerative mode,” says Longo.

“It gives the OK for stem cells to go ahead and begin proliferating and rebuild the entire system. And the good news is that the body got rid of the parts of the system that might be damaged or old, the inefficient parts, during the fasting. Now, if you start with a system heavily damaged by chemotherapy or aging, fasting cycles can generate, literally, a new immune system.”