“Isn’t this the ultimate insult to the German people? 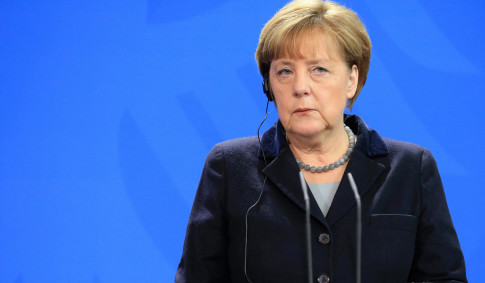 German Chancellor Angela Merkel said the mass sexual assault of women by groups of men in Cologne is part of a pattern and suggested a possible link with migrants for the first time.

In her strongest comments yet on the New Year’s Eve incident in Germany’s fourth-largest city, Merkel said Thursday that the assaults touch on the “coexistence of cultures” in Germany and urged authorities to ensure that “everything is brought to light” in the investigation.

“The events there raise very serious questions that go beyond Cologne — whether there are connections, common patterns of behavior and is there something like contempt for women among certain groups,” Merkel told a news conference in Berlin. “We’ll need to examine whether we’ve done everything that’s needed in terms of expulsions from Germany, so we send a clear signal to those who aren’t willing to obey our legal standards.”

Cologne police said Thursday they have received 121 criminal complaints from women who were attacked around the city’s main train station on Dec. 31, with about three quarters concerning alleged sexual offenses. Sixteen men, most of them from North Africa, have been identified as possible suspects, according to a statement on the Cologne police’s website. Police in Hamburg, Germany’s second-biggest city, said 70 women filed complaints saying they were sexually harassed on New Year’s Eve, mostly in the St. Pauli entertainment district.

“I don’t think that these are isolated cases,” Merkel said.

“The feeling among women of being unprotected and defenseless is unbearable to me personally,” she said. “It’s important and a good thing that there have been so many criminal complaints and that police are pursuing all of these.”

Merkel warned that the EU’s borderless travel zone with Germany at its center, known as the Schengen area, is at risk as the refugee crisis festers. Without a “fair and rational solution” among European countries and secured external borders, “Schengen would be in danger,” she told a business group in the eastern city of Magdeburg late Thursday.

Support for Merkel’s Christian Democratic Union increased 2 percentage points to 39 percent in a monthly poll for ARD television, while the Social Democrats, her junior coalition partner, declined 1 point to 24 percent. The Alternative for Germany party, which advocates an immigration cap and doesn’t have seats in the national parliament, declined 1 point to 9 percent. The Jan. 5-7 Infratest Dimap poll of 1,504 people has a margin of error of as many as 3.1 percentage points.