43 al-Qaeda conspirators were killed along with 4 Shiites accused of shooting policemen in the anti-government protests which broke out during the Arab Spring. Among the Shiites killed: prominent cleric Nimr al-Nimr. 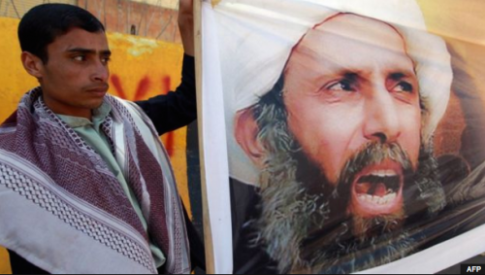 His death drew sharp criticism from Iran and Hezbollah with the latter calling the execution a “grave mistake.” Protests erupted in the Qatif district of Saudi Arabia’s Eastern Province as well as in Bahrain, where hundreds took to the streets, burning tires and braving tear gas fired by police. As we reported earlier today, protesters had also converged on the Saudi embassy in Iran.

Now, in what looks like a repeat of the Iran Hostage Crisis, the protesters in Tehran have reportedly broken into the Saudi embassy and set it ablaze with Molotov cocktails. 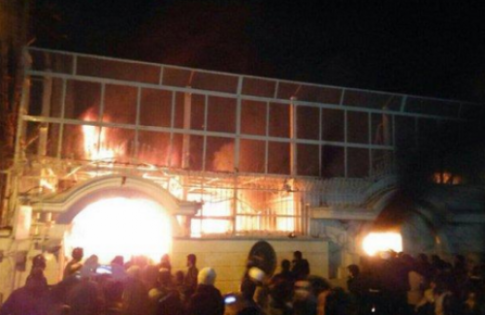 “Images shared on social media early on Sunday morning appeared to show Iranian protesters breaking into Saudi Arabia’s embassy in Tehran and starting fires, after gathering there to denounce the kingdom’s execution of a Shi’ite cleric,” Reuters reports. “One photograph, posted on Twitter, showed protesters outside the embassy building with small fires burning inside, while another showed a room with smashed furniture purportedly inside the building.”

Police disperse protesters at Saudi embassy in Tehran
Firefighters are trying to put off fire at embassy pic.twitter.com/WWb1QCURQG

Saudi Arabia flag brought down at embassy in Tehran pic.twitter.com/7ptL0gV0ZF

As a reminder, the Sheikh was a prominent voice in the anti-government movement in Saudi Arabia. Riyadh effectively killed (literally) two birds with one stone with his execution: 1) a dissident voice was forever silenced, 2) a message was sent to Tehran, whose regional influence is expanding in Iraq and Yemen and whose forces have served to shore up the Assad government in its fight against Sunni extremists in Syria.

Now, the Iranians look set to send a message back to Riyadh as the sectarian divide once again rears its ugly head.

Iran’s Foreign Ministry called for calm in the early hours of Sunday after police dispersed angry protesters who had stormed Saudi Arabia’s embassy in Tehran.

Demonstrators broke into the embassy and started fires before being cleared away by the police, Iran’s ISNA news agency reported, after gathering there to denounce the kingdom for executing a prominent Shi’ite cleric on Saturday.

The ministry issued a statement calling on protesters to respect the diplomatic premises, according to the Entekhab news website.

If this situation escalates, clearly crude oil will be well bid on Sunday afternoon.