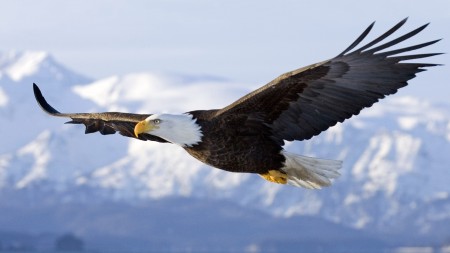 – Once when we were free:

(To read about Jon’s mega-collection, Exit From The Matrix, click here.)

We’re so much more sensible now. We don’t live our lives as much as we arrange them and organize them. B follows A. D follows C. We take our medicine and our shots because the doctor says so.

We don’t say what’s on our minds a lot of the time, because other people might pass that on, and who knows? We might get into trouble.

But once upon a time, when we were young, we were free. We didn’t take any shots, and when we got sick we recovered. We were stronger than kids are now. We didn’t ask for much protection and we weren’t given much, and we survived.

There was no talk about the needs of the group. When we went to school, we weren’t told about ways we could help others. That was something we learned at home. We weren’t taught about The Planet. Instead, we learned to mind our own business, and it wasn’t considered a crime.

When we played games, adults weren’t hovering or coaching every move we made. We found places to play on our own, and we figured it all out. There were winners and losers. There were no plastic trophies. We played one game, then another. We lost, we won. We competed. Losing wasn’t a tragedy.

There were no childhood “conditions” like ADHD or Bipolar, and we certainly didn’t take any brain drugs. The idea of a kid going to a psychiatrist would have been absurd.

People were who they were. They had lives. They had personalities. They had eccentricities, and we lived with that.

There was far less whispering and gossip. There were fewer cliques. Kids didn’t display their possessions like signs of their identity. A kid who did was ignored, even shunned.

Our parents didn’t consult us about what we wanted. We weren’t part of the decision-making process. They didn’t need us for that.

No one asked us about our feelings. If they had, we would have been confused. Feelings? What’s that? We were alive. We knew it. We didn’t need anything else.

We could spot liars a mile away. We could spot phonies from across town. We knew who the really crazy adults were, and we stayed away from them.

We didn’t need gadgets and machines to be happy. We only needed a place to play. If you wanted a spot to be alone, you found one, and you read a book.

School wasn’t some kind of social laboratory or baby-sitting service. We were there to learn, and if we worked hard, we did. Teachers knew how to teach. The textbooks were adequate. Whether the books were new or old didn’t matter.

Kids weren’t taught how to be little victims.

Sex was a private issue. You were taught about that at home or not at all. You certainly didn’t learn about it in school. That would have been ridiculous.

We still know how to be alone. We still think gossip and cliques are for morons. We still feel free. We still want to live, and we do.

We still resent intrusion on our freedom, and we speak up and draw the line. We still like winning and competing. We still like achieving on our own.

We can spot self-styled messiahs at a hundred yards.

As kids, we lived in our imaginations, and we haven’t forgotten how. It’s part of who and what we are.

We aren’t bored every twelve seconds. We can find things to do.

We don’t need politicians who lie to us constantly, who pretend we’re stupid. We don’t need ideology shoved down our throats. Our ideology is freedom. We know what it is and what it feels like, and we know no one gives it to us. It’s ours to begin with. We can throw it away, but then that’s on us.

If two candidates are running for office, and we don’t like either one, we don’t vote. We don’t need to think about that very hard. It’s obvious. Two idiots, two criminals? Forget it. Walk away.

We don’t fawn, we don’t get in other people’s way. We don’t think “children are the future.” Every generation is a new generation. It always has been. We don’t need to inject some special doctrine to pump up children. We remember what being a child is. That’s enough.

When we were kids, there was no exaggerated sense of loyalty. We were independent. Now, we see what can be accomplished in the name of obligation, group-cohesion, and loyalty: crimes; imperial wars; destruction of natural rights.

It didn’t take a village to raise a kid when we were young, and it doesn’t take one now. That’s all propaganda. It panders to people who are afraid to be what they are, who are afraid to stand up for themselves.

We don’t feel it’s our duty to cure every ill in the world. But it goes a lot further than that. We can see what that kind of indoctrination creates. It creates the perception of endless numbers of helpless victims. And once that’s firmly entrenched, then magically, the endless parade of victims appears, ready-made. When some needs have been met, that’s never enough, so other needs are born. The lowest form of hustlers sell those needs from here to the sky and beyond. They make no distinction between people who really can use help and those who are just on the make.

We didn’t grow up that way. We don’t fall for the con now.

When we were kids, the number of friends we had didn’t matter. We didn’t keep score. Nobody kept track of the count. That would have been recognized in a second as a form of insanity.

As kids, we didn’t admire people simply because other people admired them. That was an unknown standard.