“Since Erdogan is a fair man, and because we’re sure Turkey’s attack on the Russian warplane was completely legitimate, we suppose the Turkish President would have understood if Greece had shot down one of Turkey’s fighters.”

We’re on the road to WW3, as planned by the Illuminati (the Rothschilds and the 12 other elite families), who control all sides, just like in WW2.

And all of this has been predicted (see info down below).

Turkey is no stranger to aerial conflict of late.

After months of back and forth banter between Ankara and Moscow regarding supposed Russian incursions into Turkish airspace, Erdogan finally “went there” on November 24 when Turkish F-16s shot down a Russian Su-24 near the border with Syria. One of the two pilots was killed.

Although Turkey claimed the (17 second) violation of its airspace was unacceptable and just cause for military engagement, it was just three years prior that Erdogan had decried the downing of a Turkish F-4 phantom in Syria’s airspace.”A short-term border violation can never be a pretext for an attack,” he declared.

But that wasn’t the only hypocrisy apparent in Turkey’s brazen move. According to the University of Thessaly (whose statistics are based on the Greek military’s tally), there were 2,244 violations of Greece’s airspace by Turkish jets in 2014 alone, representing an increase of some 250% from 2013. Here’s a look at the graphic: 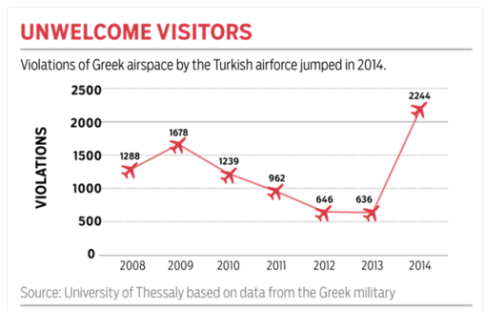 Well don’t look now, but Turkish and Greek fighters just got into a dogfight over the Aegean.

A formation of six Turkish jets, flanked by two CN-235 aircraft that were not in formation, violated Greek air space nine times, according to Greek defense officials. 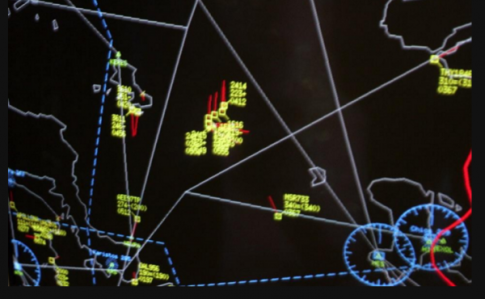 In all cases the Turkish jets were chased off by Greek aircraft. Two of the eight Turkish aircraft were armed.

The violations were the first since early December following a minor diplomatic spat between the two Aegean neighbors after a message on Greek Prime Minister Alexis Tsipras’s Twitter account accused Turkish jets of repeated transgressions in the Aegean.

Since Erdogan is a fair man, and because we’re sure Turkey’s attack on the Russian warplane was completely legitimate, we suppose the Turkish President would have understood if Greece had shot down one of Turkey’s fighters.

As I’ve said HERE on what has been predicted for Turkey:

By “more happening in between” I meant war between Greece and Turkey. And it has been predicted that at first Turkey seems to be winning at all fronts, but then it will be utterly and totally destroyed by Russia.

ALL OF THIS, the coming financial collapse, civil war and WW3, has been planned for us by TPTB.

Istanbul will be called Constantinople again and will become Christian.

Well, I just saw in the comment section at ZeroHedge that there is another seer that confirms this prophecy:

“Jewish masons who are rulers over USA and European Union will force Turkish people into the war against Greece.”

[[[WW2 has been a staged event. Hitler, Stalin, Churchill and Roosevelt have been Masons and Illuminati puppets, just like Obama & Putin. See this: We Are On Our Own.]]]

This is a subject I have touched on before. Both Joseph the monk and Elder Paisios indicate Turkey will cease to exist. And Yes Russian leader Vladimir Putin has indicated to Erdogan he will make Syria his Stalingrad. I think it is also worthwhile to note that nostradamus predicts the third world war will begin with a clash between Greece and Turkey.

Voices From Joseph And The Greek Monastery

A Greek monk named Joseph often speaks with angels and saints. He’s been given detailed prophecy on how the World War Three will begin, who will win, what will happen with USA and European Union and about the Roman Catholic Church which will cease to exist. 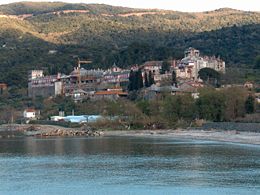 This is where the prophecy begins –
Vatopedi monastery (Athos, Greece)

The Holy Land of Athos in Greece is famous for its vast numbers of Orthodox Christian monasteries that belong to Greek and Serbian Orthodox Churches. Among them, there is Vatopedi (Βατοπέδι) monastery with an old monk named Joseph living in his cell there.

Monk Joseph is famous for his “out of this world” experiences such as speaking to angels, saints and even Jesus, the living God himself. These holy beings often let him have a little glance into the future and people around him know about this unmatched talent.

Still, the old monk is too shy to share his knowledge. Fortunately one day, eight years ago, he opened up to the warden of one of Serbian monasteries at Athos. Being a Serb, I will translate his words to English, so that you all can learn about it.

No wonder the old Joseph does not want to speak about it; nothing nice awaits humanity. Here is what the old monk “has been told”: 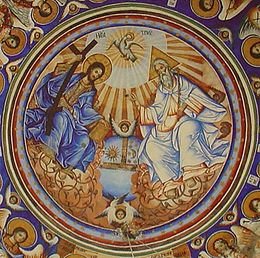 The Holy Trinity, fresco on the ceiling of the
entrance (πρόστωον) of the katholikon at Vatopedi.

– The Third World War will start with the conflict between Turkey and Greece.
– Jewish masons who are rulers over USA and European Union will force Turkish people into the war against Greece.
– In spite of Greek tremendous courage and resistance, Turkish attack will be devastating. Lots of Greeks and lots of their Russian and Serbian brothers in Christ who will volunteer to help Greeks will be dead.
– Turkey will charge deep inside Greece and will concur the most of the Greek territory.
– At the beginning, NATO and USA will not interfere into this conflict directly, but will give silent support for everything Turks do instead.
– The time will come that the world will think Greek people will vanish.
– A moment before it will be almost certain to happen, mighty Russia opens its cards in protection of Greek people and Orthodox Christianity. This takes everyone by surprise. Russian nukes are launched to Turkey.
– Darkness is covering Balkan peninsula and Near East. The World we know cease to exist again.
– At this point USA and EU join Turkey (or what’s left of it) and declare global war against Russia and Greece.
– Vatican and the Holy Chair will announce Holy War against “schismatic” Orthodoxy.
– The war will be horrible. Burning people will fall from the sky.
– USA will suffer terrible defeat and will “blow up like balloon” (for whatever it means).
– Roman Catholic Church will never be able to return back to the positions it has today. Not even close. Its influence will be next to nothing.

– Russians will enter Constantinople, establish their own governor, but will give it all to Greeks later on green table.
– Greeks will hesitate to accept new territories at the start, but will accept them later and will rule over what used to be Turkish capital. Greeks will return to Constantinopolis 600 years after leaving it, as monk said.
– One third of Turks will lose their lives, one third will accept Orthodox Christianity and one third will move to live in “some deserts”.
– Armenia will get its lands back.
– Kurd people will establish their own country.

The old monk Joseph said nothing about the future of the USA except that US Forces will retreat from their bases worldwide. That will influence many conflicts and re-creations of many borders.

1 thought on “Turkish, Greek Jets Engage In Dogfight Over Mediterranean”