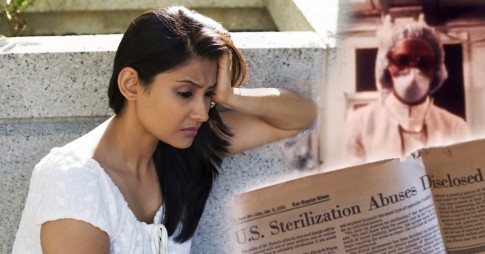 Disturbing revelations about a U.S. government program to forcibly sterilize Latina women are now emerging, and the evidence is more damning than previously thought.

The documentary, No Más Bebés, compiled a litany of evidence that sheds light on one of California’s most disturbing secrets — one reminiscent of Nazi eugenics programs: the state sanctioned the forced sterilization of Latina women.

For decades, California was one of several states that imposed forced sterilization. For women, it meant having one’s “tubes tied” after giving birth – usually without their consent. It wasn’t just women, though. Men were also given vasectomies without their knowledge. Those hit hardest were Spanish-speaking immigrants.

The eugenics program ran from 1909 to 1963. During that time, over 20,000 Californian Latina women were subjected to forced sterilization to “control” the population of Latinos in the state.

By the 1970s, that same program continued, though it was slightly scaled back.

Before that gradual phasing out of the program, in the 1960s, Latina women – particularly immigrants – were forcibly sterilized at the Los Angeles County Hospital without their consent.

The sterilization happened as a result of government decree, after Latina women gave birth at the medical facility. Many women were told about the procedure — but only after it was performed on them.

As more and more women were told about what was done to them, word began to spread throughout the Latino community that the government was sterilizing them against their will.

To add insult to injury, many caucasian Californians saw the government program as “legitimate population control.”

California’s government argued passionately that forced sterilization was “necessary” to keep “welfare” expenditures to a minimum.

Others knew very well that this was a further attempt to stem the growing Mexican-American population in California.

No Más Bebés has now uncovered proof that the real intention was to rid society of “undesirables.”

Eventually, a class action lawsuit was filed against the government in Madrigal v. Quilligan. In addition to L.A. County doctors and the California state government, the federal government itself was implicated.

Perhaps the worst part of this infuriating story is that the class action suit – brought by the victims of this racist government program – actually lost when it was brought to court.

Watch the full trailer for the documentary No Más Bebés below:

If you think it is time that the government be exposed for this disturbing crime against the Latino people of California, then help SPREAD THE WORD!