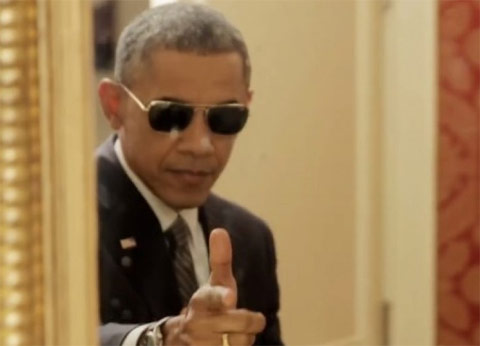 – New Ban Bill Hits Congress: Targets Semi-Automatic Rifles & Handguns: “To Ensure That The Right To Keep and Bear Arms Is NOT Unlimited”:

In the wake of the Sandy Hook shootings we warned that sweeping changes were in the works for Americans’ right to bear arms. It started with ammunition tax proposals, restrictions on firearm accessories imports and most recently Governors began bypassing Congress altogether by banning gun ownership for those on any of the government’s many watchlists. The Obama administration has also targeted licensed firearms sellers across the United States by forcing banks to treat them like pornography businesses and impeding their access to transaction processing systems and business banking accounts.

States like California already ban “assault weapons” and outlaw “high capacity” magazines that can hold more than ten rounds of ammunition. But the kinds of restrictive laws that strike at the very heart of the Second Amendment of the U.S. Constitution have thus far been limited to just a dozen or so heavily liberal states.

While Americans anxiously prepared for their Christmas festivities, anti gun proponents in Congress were hard at work drafting a new bill. If passed H.R. 4269 would literally redefine the Second Amendment as evidenced by the bill’s description, which in no uncertain terms clarifies its ultimate goal:

“To regulate assault weapons, to ensure that the right to keep and bear arms is not unlimited, and for other purposes.”

The bill directly targets every semi-automatic firearm in the United States including handguns, shotguns and rifles. It specifically mentions certain firearms and manufacturers, including the popular AR-15 and AK-47 rifles.

Because the law is Federal it would blanket the country with new restrictions, including making it illegal to own any magazine that exceeds a capacity of ten (10) rounds.

And here’s the kicker, even if your weapon has a legally-defined low capacity detachable magazine but is modified with any of the following accessories, it is considered an “assault rifle” and would be outright banned in the United States.

Semiautomatic rifle that has the capacity to accept a detachable magazine and any 1 of the following:

“(B) A semiautomatic rifle that has a fixed magazine with the capacity to accept more than 10 rounds, except for an attached tubular device designed to accept, and capable of operating only with, .22 caliber rimfire ammunition.

To be clear, the new bill puts all half measures aside and goes for the jugular.

This is the worst case scenario that many Americans have feared.

If you own a weapon on the ban list or have accessories as described by the bill, your firearm will be outlawed in the United States of America.

(1) by inserting after subsection (u) the following:

“(v) (1) It shall be unlawful for a person to import, sell, manufacture, transfer, or possess, in or affecting interstate or foreign commerce, a semiautomatic assault weapon.

“(A) means a magazine, belt, drum, feed strip, or similar device, including any such device joined or coupled with another in any manner, that has an overall capacity of, or that can be readily restored, changed, or converted to accept, more than 10 rounds of ammunition;

“(w) (1) It shall be unlawful for a person to import, sell, manufacture, transfer, or possess, in or affecting interstate or foreign commerce, a large capacity ammunition feeding device.

The bill was introduced in Congress on Decemeber 16, 2015 and currently has 123 co-sponsors – all democrats.

We know that gun bans don’t work but one can’t help but think the agenda goes much further than the notion that they want to make us safer. If that were the case then our lawmakers wouldn’t allow drug cartels, gang members and Islamic terrorists to cross into the U.S. through our porous southern border.

The reality is that a cloud of tyranny has descended upon America. For it to be successful the American people must first be disarmed.

As history has proven time and again, a disarmed populace can easily be led to slaughter. But unlike the tens of millions executed in ethnic, religious and political cleansings of the 20th century, Americans have a rich tradition of personal liberty and the right to bear arms. It is embedded in our culture and our founding document. And as Texas police chief Randy Kennedy recently warned, if the government pushes too far they may well incite a revolution.

My favorite seer predicted in 1950 that …

The U.S. will get the biggest revolution of all times.

He did not name the U.S. directly, but if you know his other predictions, then you can be pretty sure that he could only have meant the US. 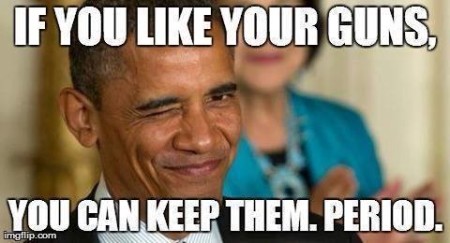 1 thought on “New Gun Control Bill Hits Congress: Targets Semi-Automatic Rifles & Handguns: “To Ensure That The Right To Keep And Bear Arms Is NOT Unlimited””