A friend sent me a news item from U.S. News and World Report which reported that Louisiana’s board of education is going to implement a new policy which requires all students to fill out a Free Application for Federal Student Aid in order to receive a high school diploma.

Think about that for a moment.  In order to receive a high diploma, the State of Louisiana is requiring that high school seniors fill out an application which would enable them to go into debt the moment they receive their diploma.

This is a mind-blowing event.  Most jobs available to high school grads do not require a college degree.  But some might require a high school diploma.  I have to wonder what the motive is behind this.  A significant portion of student debt is now being used for corporate-owned “universities” which are largely worthless to everyone except the entities who own the schools.  Goldman Sachs is a big player in this space.   Student debt, backed by the Taxpayer, is just another form of wealth transfer from the public to the banks and big corporations.

The amount of student debt issued and outstanding is now over $1.3 trillion. Obama pats himself on the back because student loan delinquency rates are falling a bit.  But this is because he has made it easier to defer payment. While 11.5% – roughly $150 billion – is in delinquency, about 50% of this debt is in some form of grace period, deferment or forebearance.  Loans in deferment are not part of the delinquency rate calculation.  The true level of delinquency and technical default is probably somewhere in the 35-45% range.

I have to believe that the requirement being implemented in Louisiana is violating some part of the Constitution.  Of course, with the simple stroke of a pen, Obama can override the Constitution with yet another Executive Order upholding this requirement.

This requirement in Louisiana is exactly the type insane laws which were imposed by the Government as described in the narrative laid out in “Atlas Shrugged.”  Acts of mandate which enabled the Government and the corporate friends of the Government to suck wealth from the populace and from productive workers and redistribute the largesse amongst themselves.

We know how the story unfolds in “Atlas Shrugged.”  Unfortunately, I see the same type of story unfolding in the United States.

If the American people ever allow private banks to control the issue of their currency, first by inflation, then by deflation, the banks and corporations that will grow up around them will deprive the people of all property until their children wake up homeless on the continent their Fathers conquered…I believe that banking institutions are more dangerous to our liberties than standing armies… The issuing power should be taken from the banks and restored to the people, to whom it properly belongs.  – Thomas Jefferson 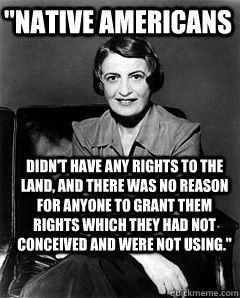 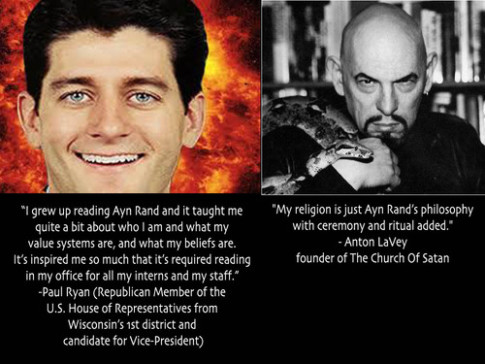