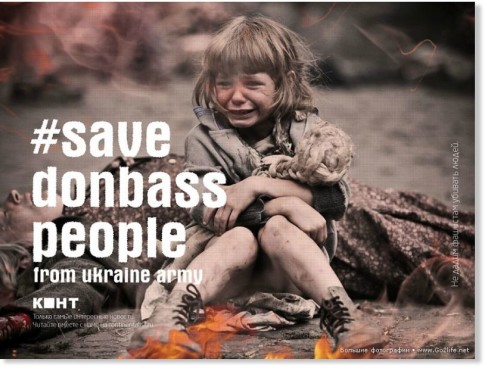 Originally appeared in The Moscow Times

President Vladimir Putin said he will protect Russians living in southeastern Ukraine from what he described as being “eaten up” by Ukrainian “nationalists,” according to an interview broadcast Sunday.

“We proceed from only one thing, which is we cannot abandon the people who live in the southeast of the country to nationalists to eat them up,” Putin told the state-run Rossia television network.

Those people include “not only ethnic Russians, but also Russian speakers who are looking toward Russia,” Putin said. “There is nothing excessive in that position.”

He did not elaborate. Moscow claims Russian speakers are persecuted in Ukraine, and said last year, during the annexation of Crimea, that it sought to protect Russians and to support the drive of separatist insurgents in Ukraine’s southeast.

But many of Kiev’s government troops which are battling the insurgents also speak Russian, belying Moscow’s claim.

Western governments accuse Russia of providing fighters and weapons to the separatists, but Moscow has long denied the accusations and claimed all of its citizens fighting alongside the rebels are independent “volunteers.”

But during his annual news conference on Thursday, Putin conceded there were “people involved in solving certain issues, including in the military sphere” in eastern Ukraine. He added that this “does not mean that regular Russian troops are present there.”

“Today for the first time the president of the Russian federation has publicly admitted the presence of Russian troops in the Donbass,” Poroshenko wrote on his Facebook page.

More than 9,000 people have been killed in fighting in eastern Ukraine since the spring of 2014, according to tally by the United Nations.