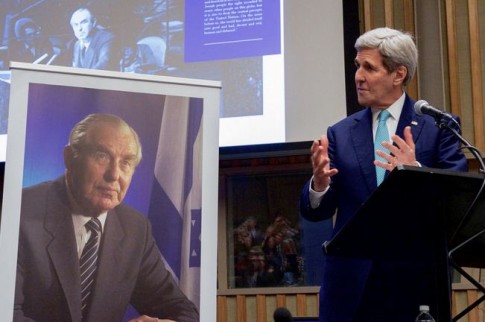 There are some aspects of life in Palestine that are simply impossible to describe. No words can do them justice, no picture or cartoon is strong enough to illustrate them, not even a video can faithfully demonstrate them. Forty years ago, on November 10, 1975 the United Nations stated correctly that “Zionism is a form of racism and racist discrimination” and it called upon all countries to “oppose this racist and imperialist ideology.” Life for Palestinians in Hebron, is one example of this indescribable, horrifying racism.

Hebron is a seemingly thriving, beautiful city. It is the largest Palestinian city in in the West Bank and the most affluent, though you wouldn’t think so by looking at the road leading to the city. The actual entrance to Hebron is a narrow, barely paved road and graffiti sprayed on the sign that points to the city hides the words Hebron, El-Khalil, so driving past it and missing the turn is quite common (for me, at least).

But once you enter the city it is a bustling metropolis with shops and cars and people everywhere. Fruit venders sell fruit so fresh and sweet you can practically taste the honey flowing out of them just by looking at them. The smells of fresh Ka’ek, the elongated bagel-looking Palestinian bread covered with sesame seeds, and other freshly baked breads and coffee are everywhere. The traffic, though chaotic, flows and merges with the vendors, many of them with their carts on the street. And of course, the lone traffic policeman in the midst of it all, trying to maintain some semblance of order. Standing out as a foreigner, even in a car with Israeli license plates, I always get greeted with smiles and hellos.

But it’s far from an idyllic reality.

As I drive to Hebron from Jerusalem going down Route 60, an Israeli highway that runs through the southern part of the West Bank and leads to Hebron, the road is interspersed with cities and towns that are inhabited by Israel’s most violent radicals, people who are hungry for Palestinian land and thirsty for Palestinian blood. The army, whose job it is to shield the Israelis from Palestinians, and from justice, is always on high alert. The first time I was arrested for protesting with the Palestinian popular resistance, was during a peaceful march along Route 60, just outside the town of Beit-Ummar, near Hebron.

As you turn into Route 60 from Jerusalem, the intersection is always crowded and there is a bus stop full of Israelis trying to hitch a ride to one of the Israeli settlements along the road. None of them want to go to Hebron.

For the past five years I drive down to Hebron regularly. It started when my friend Murad Amro invited me to visit the city. I wasn’t really sure how to get there and I was not yet comfortable driving around the West Bank. So I drove to Beit Jala, near Bethlehem, then took a cab to Bethlehem and then a service to Hebron. It was a very hot summer and it was the holy month of Ramadan. “Are you crazy?” the cab driver who took me to Bethlehem asked me, “going to Hebron during Ramadan?” He thrust a chilled water bottle in my lap and said: “Here, take my water bottle so at least so you don’t die of thirst.” He was concerned that the Hebronites, known for being devout Muslims, would let me die slowly of thirst.

I have never been with Muslims during Ramadan who did not offer me food and drink.

I met Murad in the city center and my first visit to Hebron began. He took me through the main part of town through the checkpoint into Shuhada street in the Old City. The checkpoint roughly divides H1 from H2 – two designations that divide Hebron into a section that includes the old city where five hundred Israeli settlers and the army that shields them control the lives of about fifty thousand Palestinians, (H-2), and a larger section where Palestinians are mostly left alone (H-1), except for the restrictions imposed on them by the existence of this separation and prevents or limits their access to the Old City and the Ibrahimi Mosque. The separation of the two parts of the city and the checkpoints exist to accommodate those same five hundred fanatic Israeli zealots who seek to ruin the lives of over half a million Palestinians who call Hebron and its surrounding villages, home.

The soldiers manning the checkpoint are unusually rude and patronizing and are offensive even by Israeli standards. Once we were done with them, we walked through Shuhada Street. Once a thriving market, now many of the ancient buildings are abandoned, all the shops are closed and thousands of Palestinians forced into unemployment and poverty and as a result of the Israeli policies and practices designed to drive out the Palestinians. Eventually we reached the point in the street manned by an Israeli soldier whose job it is to tell Palestinians that they are not allowed to proceed. “Don’t you see how horrible it is for a Jewish soldier to tell people they can’t walk along the street because they are Palestinian?” I had to ask.

“Am I allowed to walk in H-1? Will they let me through or kill me?” he asked as though this was just plain fair. “I walked there and I was fine.” I replied, but of course, I am not a soldier and protector of the occupation.

Though Hebron has a reputation for being a nest of extremist Palestinian fanatics, the only violent fanatics in the city are Israelis. Tel-Rumeida is a lovely hill which overlooks the old city of Hebron and offers a breathtaking view of this ancient city. It is covered with olive trees and Roman ruins as well as Palestinian homes, all of which Israeli settlers covet with passion. The trunks of the olive trees are so thick you can tell they have been around for a thousand years or more. In order to protect the hill and the Palestinian homes from being taken over by Israelis, Youth Against Settlements, or YAS maintain a constant presence there. They use one of the homes as their headquarters, and there they sit, day in and day out, conducting their sacred work.

YAS are not only the keepers of the beautiful Tel-Rumeida hill, they also record incidents in the city which involve soldiers or settlers harassing Palestinians. During October and November 2015 YAS members worked tirelessly and documented countless cases of attacks by settlers and soldiers against Palestinians including the executions of young Palestinians in the city by the Israeli soldiers.

During my last visit to Hebron someone asked how long Murad and I have known one another. It was five years ago that he introduced me to the members of YAS, which include his cousin, the fearless Issa Amro who leads YAS. Issa knows the laws inside out, even though it is a complicated web of senseless laws, and he confronts the Israeli soldiers with that knowledge and his camera.

Members of YAS are constantly arrested and beaten, the center has been invaded and their property, all donated, destroyed by soldiers many times. As I write these words the place is in ruins again, it has been declared a “closed military zone” and no one is allowed in or out, with one exception: Their neighbors, if one could call them that, the notoriously violent Israeli settlers who took over some of the houses on the hill. They are free to come and go as they please, escorted by Israel’s finest men and women in uniform. The homes of the Israelis are shielded twenty-four hours a day by soldiers who regularly man a post in their back yard.

At a session in the UN commemorating resolution 3379, which equates Zionism with racism, UN Secretary General congratulated the organization for revoking the resolution and called the countries of the world “to practice tolerance and live together in peace with one another as good neighbors.” U.S. Secretary of State, John Kerry who also spoke at the event said: “The Zionist dream embraces the concept of Israel as a Jewish democracy, a beacon of light to all nations.”
Such sweet demagoguery.

The Zionist state never intended to be democratic or tolerant. From its very inception it created racist laws and used terrorism to achieve its goals, giving its terrorist forces the benign name of “Israeli Defense Forces.” Its goal was and remains genocide of the Palestinian people and a complete ethnic cleansing of Palestine, and Israel has been dedicatedly practicing that for seven decades.

Ban Ki Moon and John Kerry need to drive to Hebron, see the stolen lands, the stolen homes, walk through the city and visit the house on Tel-Rumieda, where Youth Against Settlements sit, and visit with them for a few days. Let them experience the peaceful, tolerant Israeli democracy in Hebron.