There is an much easier and cheaper (suppressed) way to detect cancer and that has been found a long time ago by Dr. Alfons Weber.

And I’ve been told many years ago by an expert that an 11-year-old child can easily do the testing if shown how to operate a microscope.

Here is a documentary in German:

“No cancerous tumor exists without those microbes.”

“There is no blood from cancer patients that is free from these microparasites.” 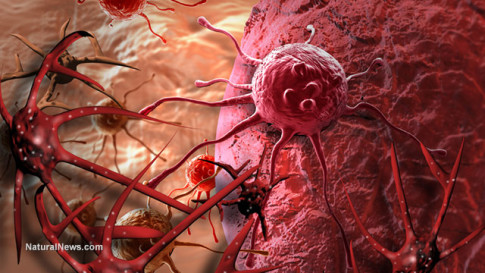 – More than 95% accurate, this early detection cancer test could save your life without the risk of radiological screenings:

The second leading cause of death, cancer kills more than half a million people annually, while the cancer drug industry rakes in $100 billion each year while simultaneously causing more cancer.

However, this wouldn’t be the case if the cancer treatment industry was more interested in curing and preventing cancer than it is in simply just treating it.

The good news is that there are alternatives for preventing and curing cancer, although information on this can be difficult to access, as it’s routinely suppressed by the medical establishment and their paid-for media, who’s not interested in providing “care” unless it’s profitable or generates repeat business.

One of the greatest tools in beating cancer is early detection, and no, this does not mean you should include radiological imaging as part of your annual checkup, as that can cause more cancer.

However, a little known test called the AMAS test, or the Anti-Malignan Antibody Serum test, is incredibly beneficial for cancer screening and monitoring. The best part? It’s relatively inexpensive and over 95% accurate.

Developed by the brainchild of neurochemist Samuel Bogoch, M.D., Ph.D., the AMAS test “definitively determines whether or not cancer is present” by testing for anti-malignin antibodies, which are produced by all cancers.

Written by nutritional biochemist Timothy J. Smith, M.D., The GcMAF Book describes the benefits of the AMAS test, as well as explains exactly how it works.

“Our immune system recognizes an antigenic protein on the surface of cancer cells,” which Dr. Bogoch named “malignin,” Dr. Smith wrote in Chapter 13 of his book. “When our immune system identifies the presence of malignin, it starts making anti-malignin antibodies.”

Dr. Smith has dedicated 40 years of his life to studying and practicing alternative, nutritional and conventional healing principles, and was instrumental in introducing acupuncture to the American medical community in the early 70s.

He’s written several books that focus on naturally preventing and treating common ailments such as heart disease and cancer. All three of his books are available free online here.

As noted in Chapter 13, the following points are pertinent to AMAS:

• AMAS is a naturally occurring antibody present in serum of all people, including children.

• The AMAS test accurately detects all types of early cancer.

• The AMAS test is positive if any type of cancer exists anywhere in the body.

• The AMAS test is more than 95% accurate. If repeated, accuracy improves to 99%. False positive and false negative rates are less than 1%.

• AMAS is the earliest anticancer antibody to appear.

• AMAS detects cancers long before imaging can find them.

• AMAS detects cancer very early—so early, in fact, that your doctor may not yet be able to find the cancer with imaging.

• Early detection dramatically increases the possibility of a permanent cure

While the AMAS test kit is free, the price of the actual test costs around $165 (USD), not including doctor’s office fees. To order a kit today, click here.

As Dr. Smith explains, our bodies are constantly making cancer cells, meaning anti-malignin antibodies are present at low levels in everyone all of the time; however, a healthy immune system will actively destroy cancer cells as they form.

But in those with a weakened immune system, cancer cells will replicate out of control, resulting in an AMAS level that will rise beyond the baseline of 135, indicating that the immune system is not working sufficiently enough, thus resulting in cancer growth.

“More than 99% of patients with cancer have AMAS levels above 135. AMAS levels below 135 are seen in normal individuals who do not have cancer.”

Aside from screening for cancer, AMAS can also monitor for the presence of cancer during treatment.

Conventional doctors dislike the test because it’s unable to detect the cancer’s type or location in the body; however, this is often unimportant for alternative cancer treatments, as they specifically target cancer cells, thus protecting healthy cells and tissues.

Broad-based studies on AMAS have found that dozens of researchers and medical centers have “conclusively demonstrated the value” of the test as a screening method for early cancer detection.

AMAS can identify breast cancer as small as a pencil dot

Not only can the AMAS test detect cancer at extremely low levels, but it can replace harmful follow-up detection methods that use radiological imaging such as CT scans, MRIs or X-rays.

It’s important to note that the AMAS maker recommends the test “be used in the context of good clinical judgment by a physician experienced in the treatment of cancer,” or preferably a naturopath.