On Thursday, German authorities arrested Leeth Abdalhmeed at the refugee shelter in Unna-Massen. Abdalhmeed is suspected of having links to a Sunni terror organization.

According to WSJ, “German authorities were alerted by a Syrian national who had seen an article on a website connecting Mr. Abdalhmeed with Islamic State.” Apparently, Abdalhmeed is actually Leith Abdul Hamid, a “midranking” Islamic State official from Deir Ezzour (where Paris “mastermind” Abdelhamid Abaaoud was Emir of war) who “ran a money-transfer operation for the terror group and was responsible for smuggling medicine and ammunition from Turkey” (where else?).

“We mustn’t regard refugees with a general suspicion. But it’s also true that concerns aren’t unfounded that some potential threats might be among refugees,” Wolfgang Bosbach, a lawmaker with Chancellor Angela Merkel’s Christian Democratic Union party said this week.

As we and countless others have documented, the Paris attacks served to undermine the goodwill Europeans had shown towards the millions of asylum seekers flooding into the EU from the war-torn Mid-East. A subsequent bomb scare in Hannover that triggered the evacuation of two soccer stadiums didn’t help matters and now, German lawmakers and voters alike are pressuring Merkel to reconsider Berlin’s open-door refugee policy.

In her keynote speech at the CDU party congress in Karlsruhe earlier this week, the iron chancellor committed to “appreciably reducing the number of refugees,” entering the country.

Now that Berlin has promised to send 1,200 troops, a warship, and six Tornado surveillance planes to the fight in Syria, you can expect Germany to become a prime target for future ISIS attacks.

Indeed, a new piece from Spiegel documents the story of “Harry S.”, a jihadist from Bremen who, after returning to Germany following a three month stint in Islamic State-held territory in Syria, says the group is intent on carrying out further attacks in Western Europe and is constantly asking foreign-born fighters if they are willing to return to their home country to wage jihad.

Harry, who made an appearance in an ISIS video depicting an execution near the ancient city of Palmyra, is now “reformed” and sharing information with German public prosecutors.

Here’s more from the story:

On several occasions, IS members tried to recruit volunteers for terrorist attacks in Germany. In the spring, just after he first arrived in Syria, he says that he and another Islamist from Bremen were asked if they could imagine perpetrating attacks in Germany. Later, when he was staying not far from Raqqa, the self-proclaimed Islamic State capital city, masked men drove up in a jeep. They too asked him if he was interested in bringing the jihad to his homeland. Harry S. says he told them that he wasn’t prepared to do so.

Harry S. was only in IS controlled territory for three months. Yet he might nevertheless become a vital witness for German security officials. Since the Nov. 13 attacks in Paris, fear of terrorism has risen across Europe, including in Germany, and security has been stepped up in train stations and airports. And the testimony from the Bremen returnee would seem to indicate that the fear is justified. Harry S. says that, during his time in the Syrian warzone, he frequently heard people talking about attacks in the West and says that pretty much every European jihadist was approached with the same questions he had been asked. “They want something that happens everywhere at the same time,” Harry S. says.

A large man with broad shoulders, Harry was trained as a fighter in Syria. He claims to have been drilled in training camps together with 50 other men: sit-ups, hours of standing in the sun and forced marches lasting the entire day. Those who gave up were locked up or beaten. His Kalashnikov, it was driven home to him, should become like his “third arm” and he was told to keep the weapon in bed with him while sleeping. 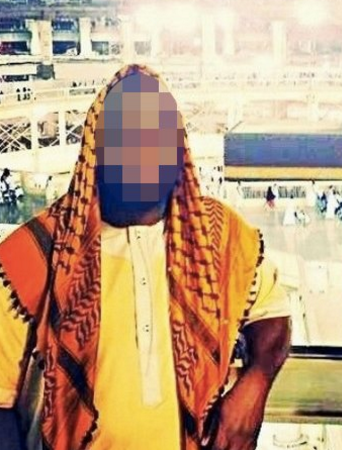 The insights of the Bremen convert into Islamic State are of interest for security officials. Harry S. is the first returnee who can offer insight into the roles played by two notorious German-speaking jihadists who have joined Islamic State: Mohamed Mahmoud, an Islamist from Austria, and the former Berlin rapper Denis Cuspert (aka Deso Dogg). Rumors that they were recently killed in Syria have thus far not been confirmed by German officials.

Mahmoud initially attracted attention in Vienna for his radical Internet postings and spent four years in prison there. He then moved to Germany, where he founded a Salafist group called “Millatu Ibrahim” together with Cuspert. The association was banned by the German Interior Ministry three years ago, whereupon several members went underground, only to reappear as members of Islamic State in Syria and Iraq.

Harry S. met both Cuspert and Mahmoud in Raqqa. He sat together in a mosque with Cuspert and says the former rapper had just come back from the front. S. said his impression was that Cuspert was more important to Islamic State as the “hero” of propaganda videos used to attract Western recruits than as a fighter. Mahmoud, he said, had more influence and would hold ideology training sessions on Fridays in Raqqa. Mahmoud, Harry S. says, is “really dangerous,” adding that he had never before met such a disturbed person. After the executions in Palmyra, S. says, Mahmoud was proud of what he’d done.

There is proof of the executions in Palmyra that Harry S. claims he saw. In the summer, Islamic State released a five-and-a-half minute video that was edited in some parts like a horror film. It was the first German-language execution video released by IS and it depicts two men kneeling between antique columns with Mahmoud and another Islamist from Germany standing behind them, weapons in hand. “Merkel, you dirty dog,” Mahmoud calls into the camera. “We will take revenge.” Then they shoot the prisoners in the head; a jihad hymn plays in the background.

Harry S. likewise makes a brief appearance in the video. Clad in camouflage, he carries an Islamic State flag across the picture.

Below, find two screenshots from the execution video mentioned above (Mahmoud is the one on the left): 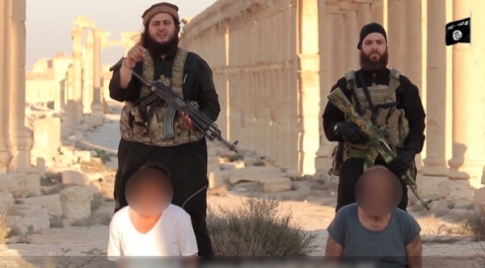 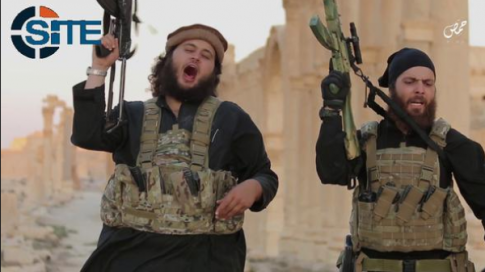 And here is the video featuring the vocals of “Deso Dogg”:

Needless to say, if “Harry S” is correct and a few Leeth Abdalhmeeds manage to slip through undetected at German refugee camps only to carry out coordinated attacks, TIME magazine’s newly-minted person of the year will suddenly become the most unpopular figure in all of Germany thanks to TIME’s runner-up: 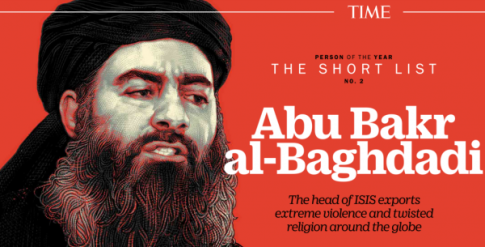 Put simply: all it will take to destroy the legacy of the most powerful politician in the world (with the possible exception of Putin and Xi) is one night of terror perpetrated by a handful of extremists, and as we’ve been keen to note, the odds of a few “bad apples” slipping through go up by the day: 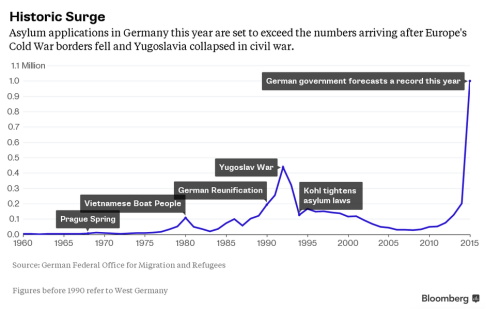 On the “bright” side, one or two well placed passports in the wake of an attack will surely be enough to win over the 146 lawmakers in the Bundestag who voted against German military action in Syria.