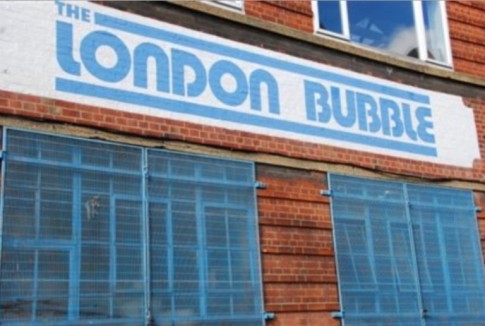 – Tens of Thousands of Properties to Be “Dumped” on London Real Estate Market by 2017:

One of the most spectacular bubbles inflated as a direct result of the oligarch giveaway colloquially known as “central bank policy” in the years since the global economic meltdown, has been the London real estate market. There are many reasons for this, but the primary one is the fact that London was seen as one of the best places for shady billionaires to park illicit funds, i.e., money laundering.

With a cratering in emerging market economies, as well as tax changes in the UK, much of that trade is now over. As such, some players are now scrambling to get out before the bottom drops.

From the Evening Standard:

As many as 60,000 homes bought off-plan in new developments in areas such as Nine Elms are scheduled for completion by the end of 2017 and many will be put up for sale immediately because of the growing disillusion with London, it says.

It follows the announcement of a three per cent stamp duty surcharge on buy-to-let or second homes from April, adding £15,000 to the cost of buying an average property in the capital.

Faisal Durrani, head of research at agent Cluttons, said: “We can expect a flood of supply with non-domiciled investors returning off-plan residential stock to the London market, especially throughout 2016. Based on research obtained from Molier, we estimate approximately 60,000 homes are due for completion in 2016 and 2017.

“Of these, we believe between 50 to 60 per cent have been sold off-plan to international buyers. Therefore, it is likely that up to 30,000 properties could be returning to the market in the coming two years.”

The glut of homes on the market is likely to push down prices of new-build apartments, although most will still be out of reach for most first-time buyers. Developers also fear that the drying up of foreign investment could undermine the viability of future schemes.

Some of the buyers who flocked to the launch of luxury developments a few weeks ago are already demanding their money back.

Adam Lawrence, chief executive of property firm London Square, said between 10 per cent and 15 per cent of buyers wanted their reservation fees to be returned. He said: “If you are buying a two or three-bed flat in Streatham, you are likely to be a normal person who just wants to buy property as an investment — not a gazillionaire. Most people are going to think twice now.

Of course, the writing has been on the wall for quite some time. See:

But have no fear, CNBC sees no bubble in London.

Keep calm and speculate on.