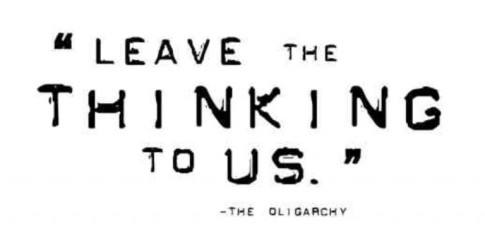 – Largest Newspaper in Nevada Was Just Purchased Anonymously for $140 Million:

This is a story that demands much closer attention.

NEW YORK — Las Vegas Review-Journal staffers have a simple question for their new owner: Who are you?

Several staffers at the Review-Journal, the largest media outlet in Nevada, have questioned their new owner’s decision to remain secret, an unusual arrangement that’s stunned not only the newsroom, but journalists nationwide.

Sean Whaley, a capital bureau reporter based in Carson City, tweeted Saturday night that he was “offended & embarrassed” that the paper’s new owner — News + Media Capital Group LLC — has not disclosed its financial backers since announcing Thursday night that it had acquired the paper.

In addition to the secret ownership arrangement, industry watchers have also been shocked by the sale price.

Michael Schroeder, a Connecticut-based publishing executive who introduced himself to Review-Journal staff last week as manager of the News + Media Capital Group, wouldn’t discuss the ownership situation when reached Monday. “I have absolutely no comment,” he told HuffPost.

Taylor, the paper’s publisher, stopped the presses Thursday night to remove some noteworthy quotes from the paper’s story on the sale, as The Huffington Post reported Saturday. For instance, the edited version no longer included Review-Journal editor Michael Hengel asking who is behind the company and what are their expectations.

The baffling circumstances surrounding the sale of the Review-Journal have inevitably led to speculation about who may have bought the paper and why.

Jon Ralston, a prominent political journalist in Nevada, mentioned Sunday on CNN’s “Reliable Sources” that there’s currently speculation around billionaire casino mogul and Republican donor Sheldon Adelson. (An Adelson representative has not responded to HuffPost’s requests for comment since Friday).

Speculation that it is Adelson is the owner is quite interesting and disturbing, particularly since earlier this year he stated the following:

Saban and Adelson should buy The New York Times together in an effort to bring more “balance” to the newspaper’s coverage of Israel and the Middle East, Adelson suggested to wild applause. Adelson already owns Israel Hayom, a free Israeli newspaper widely seen as reflecting the positions of Prime Minister Benjamin Netanyahu, who is considered close to Adelson, and, more recently, news website NRG and religious newspaper Makor Rishon.

For more, see: Inside the Mind of an Oligarch – Sheldon Adelson Proclaims “I Don’t Like Journalism.”

At the end of the day, there’s a pretty easy way to figure out if it’s him. Just start criticizing Israel and Marco Rubio and see what happens to you.