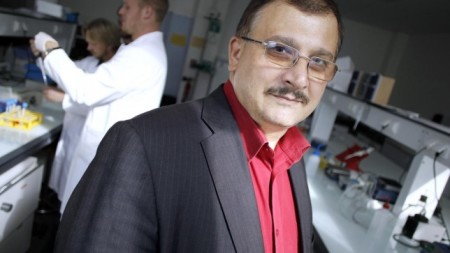 In a major victory for scientific truth, a high court in France has ruled that several false accusers, who made repeated efforts to destroy the work of Professor Gilles-Eric Seralini, engaged in defamation. And one of them is now being held legally responsible to pay the price for his crimes.

Marc Fellous, a former chairman at the Biomolecular Engineering Commission (BEC) in Paris, has officially been indicted for “forgery” and “the use of forgery” in defaming Prof. Seralini, whose work indicted Monsanto’s Roundup herbicide and genetically-modified (GM) corn.

The BEC, which is responsible for approving genetically-modified organisms (GMOs) in France, had in its ranks a supposed leader who has now been exposed for forging the signature of a scientist in a dishonest attempt to discredit Prof. Seralini’s work.

According to reports, Fellous forged this scientist’s signature for the purpose of giving false credibility to claims that Prof. Seralini’s work was incorrect, when in fact it was completely accurate. Prof. Seralini had previously been accused of conducting faulty science, but upon reassessment his work panned out as legitimate.

“The details of the case have not yet been publicly released but a source close to the case told GMWatch that Fellous had used or copied the signature of a scientist without his agreement to argue that Seralini and his co-researchers were wrong in their reassessment of Monsanto studies,” reports GMOSeralini.org.

“The Seralini team’s re-assessment reported finding signs of toxicity in the raw data from Monsanto’s own rat feeding studies with GM maize. The sentence against Fellous has not yet been passed and is expected in June 2016.”

This isn’t the first time, of course, that Prof. Seralini was defamed by vicious, anti-science attackers. Several years back, in Marianne magazine, a man by the name of Jean-Claude Jaillette wrote a piece accusing Prof. Seralini of engaging in “scientific fraud in which the methodology served to reinforce pre-determined results,” for which he, too, has since been indicted.

The infamous Henry I. Miller of Forbes, was also exposed for his involvement in this corrupt defamation ring. This former tobacco industry lobbyist, who had earlier been paid off to defend cigarettes as “safe,” is now on display for accepting cash in exchange for pushing Monsanto’s poisons as “safe” for human consumption.

The nailing of these two fraudsters by the French High Court represents a major victory for scientific truth, in an age of corporation deception. But these victories were not won without a fight – and a costly one at that.

CRIIGEN has had to shell out an enormous amount of cash to win these court victories, and this consumer advocacy group needs the help of people like YOU to make up for this loss, and continue operating in the public interest.

If you can afford it, please consider making a donation to CRIIGEN, so that it can continue pursuing legal action against genetic butchers when they cross the line and lie about independent research that exposes GMOs and crop chemicals. (The page is in French, but you’ll be able to identify the donate button at the bottom of the page.) Donate here.