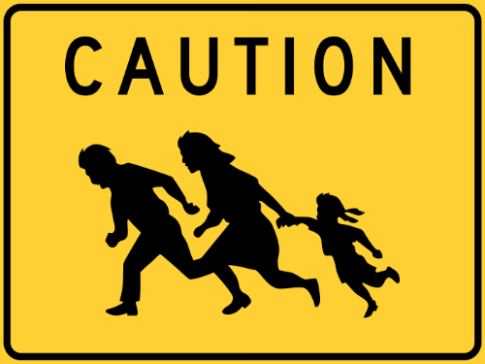 Over the years there has been a politically correct progression of words to describe those who come to the United States illegally. At first it was illegal aliens, then illegal immigrants, followed by undocumented immigrants or undocumented workers. Of course, the perpetually offended PC crowd is always looking for gentle new words to describe the obvious, so they’ve come up with something that defies all logic.

The Multicultural Involvement and Community Advocacy office at the University of Maryland has displayed posters on campus that are part of their “inclusive language campaign.” The poster lists “offensive” terms, followed by their politically correct counterparts, one of which reads “Would you say [illegal aliens] if you knew I am an undocumented citizen?” Other statements on the poster are critical of those who would say “retarded” in front of the disabled, “ghetto” in the presence of the poor, or “raped” within earshot of someone who has been sexually assaulted.

This is the inevitable endpoint of politically correct language. Some of us are so sensitive that we can no longer use words that make sense. There is no such thing as an undocumented citizen. Someone who is not documented, is by definition, not a citizen. Don’t tell that to the Nicole Mehta, head of the university’s Common Ground Multicultural Dialogue Program. She claims that the term undocumented citizen was determined by students through surveys and focus groups.

“The overall purpose of the Inclusive Language Campaign is to get individuals to stop and think about the language we use and how language can impact others and our communities. The use of ‘undocumented citizen’ seeks to avoid dehumanization of an entire group of individuals.”