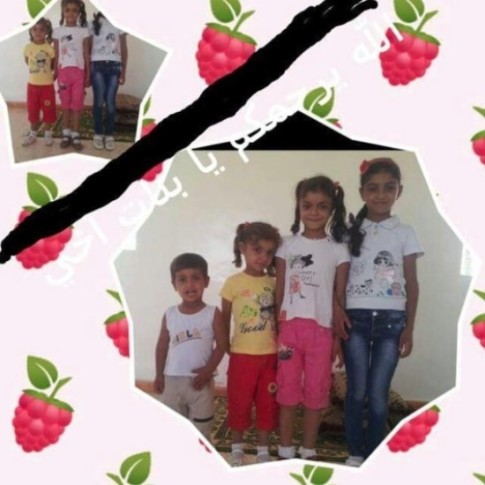 Mohammad, Tasneem, Sidra and Suhair al Obaid, left to right, were killed in a US airstrike in eastern Hasaka, Syria, on Monday.

US warplanes attacked the Syrian village of al-Khan today, according to the Syrian Observatory for Human Rights, killing at least 36 people, all of them civilians.

Over a dozen other civilians are missing, and the toll is likely to rise.

Though al-Khan is an ISIS-held village, the Syrian Observatory pointed out that ISIS doesn’t actually have any forces in the village itself, instead having its forces on the outskirts.

The strikes, however, hit the center of the village, which was why everyone hit was civilian.

The US offered no comments on the attack itself, but did say they intend to conduct a “credibility assessment” to decide whether the civilian deaths are worth looking into. Of the massive civilian toll in the US air war, Centcom has admitted to virtually none of the killings, indeed refusing to investigate most of the reports on the ground they didn’t trust the sources.

This was the second scandal related to a US attack on Syria in less than 24-hours, as a previous US strike hit an air base in Deir Ezzor Province, killing at least three Syrian troops and wounding 13 others. The Pentagon has since claimed they think Russia actually launched the strike.