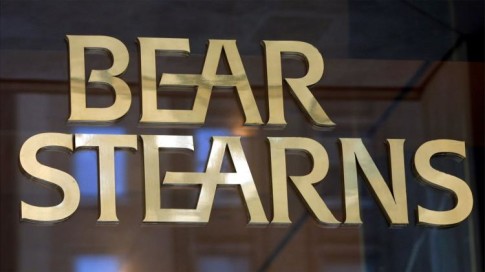 While there are numerous and often conflicting opinions about the underlying causes that lead up to the Great Financial Crisis, most agree that the proximal catalyst which finally exposed all the overvalued, illiquid “cockroaches” and confirmed that subprime “is not contained” in the process unleashing the chain of events that culminated with the collapse of Bear, Lehman and AIG, was the failure of one of Bear Stearn’s credit-focused hedge funds in the early summer of 2007.

Here is how the conventional wisdom recalls this development:

On June 22, 2007, Bear Stearns pledged a collateralized loan of up to $3.2 billion to “bail out” one of its funds, the Bear Stearns High-Grade Structured Credit Fund, while negotiating with other banks to loan money against collateral to another fund, the Bear Stearns High-Grade Structured Credit Enhanced Leveraged Fund. CEO James Cayne and other senior executives worried about the damage to the company’s reputation. The funds were invested in thinly traded collateralized debt obligations (CDOs). Merrill Lynch seized $850 million worth of the underlying collateral but only was able to auction $100 million of them. The incident sparked concern of contagion as Bear Stearns might be forced to liquidate its CDOs, prompting a mark-down of similar assets in other portfolios. Richard A. Marin, a senior executive at Bear Stearns Asset Management responsible for the two hedge funds, was replaced on June 29 by Jeffrey B. Lane, a former Vice Chairman of rival investment bank, Lehman Brothers.

The rest is history.

We bring up this part of ancient financial history, because while looking at Stone Lion Capital Partners – the first hedge fund that gated investors as reported last night (Third Avenue’s likewise gating high yield  fund was technically a mutual fund) – something curious emerged.

Here are the founders of Stone Lion Capital: Alan Mintz and Gregory Hanley. Those names sounded awfully familiar… and then we remembered why:

In fact, the co-founder of the now-gated Stone Capital Alan Mintz, is perhaps best known for his infamous locker room showdown with Bear ‘s CEO Alan Schwartz. The WSJ recalls this 2008 incident vividly:

Twelve hours after agreeing to sell Bear Stearns Cos. for $2 a share, Alan Schwartz wearily made his way to the company gym for a much-needed workout. It was 6:45 a.m., March 17, and Bear Stearns’s chief executive had slept little since hammering out the ugly details of his fire-sale deal with J.P. Morgan Chase & Co.

When Mr. Schwartz, already dressed in his business suit, trudged into the locker room, Alan Mintz, still in his sweaty gym clothes, made a beeline for the boss.

“How could this happen to 14,000 employees?” demanded the 46-year-old senior trader, thrusting his face uncomfortably close to Mr. Schwartz’s. “Look in my eyes, and tell me how this happened!”

Two and a half months later, Mr. Schwartz still isn’t quite sure. To Mr. Mintz and others, he has blamed a market tsunami he didn’t see coming. He told a Senate committee last month: “I just simply have not been able to come up with anything, even with the benefit of hindsight, that would have made a difference.”

Seven years later, the former Bear Stearns distressed/high yield trading head Alan Mintz’ own investors will be looking into his eyes and asking “how it happened” that their monthly performance reports, which were showing just a modest loss, were in fact grossly misrepresenting the underlying performance, and more importantly, liquidity (ahem Bear Stearns High-Grade Structured Credit Fund), of the hedge fund.

As for Alan’s partner, Greg Hanley, what we do know is that reason why he rushed to start Stone Capital alongside Mintz, (initially with Tudor’s support), is that there would be no place for him at JPM. From 2008:

Bear Stearns’ leveraged finance division – which includes high-yield bonds, leveraged loans and distressed debt – is expected to contribute as few as two senior salesmen to JPMorgan out of an estimated 75 executives who reported to Greg Hanley, head of the division, according to people who worked in it. Hanley, who did not return calls to his mobile phone, is also not planning to join JPMorgan.

Instead Hanley, alongside Mintz, exited the rubble of the insolvent Bear Stearns and joined Tudor to create Stone Lion, which ultimately became an independent entity with $2 billion in AUM.

And now, in a supreme twist of irony, Bear Stearns is back – maybe not the firm itself – but the people who were in charge of its distressed and junk bond trading group, and just like the summer of 2007, it is an ex “Bear”-run hedge fund that was the first to gate, just as the credit cycle is turning and the default cycle has begun, as we explained last week, just one day before everyone’s attention finally focused on junk debt with Third Avenue’s gating.

So much about the past, now what about the future, because while we know that the avalanche of redemptions is only just starting, a more pressing question is what was Stone Capital invested in, how will its “gating” impact the market, and what is the most immediate contagion pathway.

For the answer, keep your eyes open on Puerto Rico, where Stone Capital was a rather aggressive hedge fund investor in in the past year. Here is the Caribbean Business with its profile of a hedge fund that “raised $500 million to invest in Puerto Rico”

A prominent New York-based hedge fund has raised around $500 million to invest in opportunities in Puerto Rico, according to CARIBBEAN BUSINESS sources. The $2 billion Stone Lion Capital Partners LLP has created the fund to invest in “credit structures, loan portfolios, alternate financing and private assets,” according to official documents obtained by CARIBBEAN BUSINESS.

“Stone Lion is one of the few hedge funds with a mandate to invest in Puerto Rico. Its team saw an opportunity, given the depreciation in asset prices and the lack of liquidity on the island. The fund is a source of capital that could partner with Puerto Rico’s public and private sectors,” said one source, who attended recent presentations made by the fund.

Besides participating in government- bond deals, Stone Lion is also analyzing alternatives to provide financing to Prepa and Prasa as well as private companies on the island, the sources said. The hedge fund is in discussions with a commercial bank regarding the potential purchase of a troubled loan portfolio and is analyzing the possible purchase of real estate, they added.

Stone Lion is a member of the Ad Hoc Group of hedge funds that publicly back the Puerto Rico government’s fiscal efforts, which entail making the public corporations self-sufficient and shoring up central government finances. There are 20 members with more than $240 billion combined under management and holding about $4.2 billion of Puerto Rico securities. Other members include Brigade Capital Management, Fir Tree Partners, Monarch Alternative Capital LP and Perry Capital LLC.

Stone Lion was founded in 2008 by Alan Mintz and Gregory Hanley, who have more than 20 years’ experience in credit investing, and previously served as global heads of the distressed credit and research groups at Bear Stearns & Co. The firm has vast experience in debt reorganizations and has worked on both the Detroit and Jefferson County, Ala., bankruptcies, the biggest in the U.S. municipal-debt market so far. It also has experience dealing with bond insurers, with some of Puerto Rico’s outstanding debt insured.

Looks like the experience was only “vast” as long as the market was going higher. The second the bottom fell off, however, and the former Bear Stearns professionals pulled a, well… Bear Stearns.

However, we reserve judgment to declare that the second coming of Bear Stearns has truly come until we hear some iteration of this: