– More outrages and insanities in Paris

“What Mr. Obama and climate alarmists at the 21st Conference of Parties (COP21) in Paris are trying to impose on the world should chill rational people to the bone.” – Paul Driessen

The insanity in Paris assumes that climate disasters and extreme weather events are now due to humans and fossil fuel emissions – instead of natural forces and fluctuations. Even more absurd, the theory, the claim, the delusion – the money-grubbing, power-grabbing pretense – behind all of this is that carbon dioxide now functions as Earth’s thermostat and weather control system.

Of course, there’s not a shred of evidence to back this up, which is why the alarmists want to silence the few “dangerous manmade global warming” skeptics allowed into the climate gabfest.

But the doomsayers still want to de-carbonize, de-industrialize and de-develop rich countries – and tell poor countries what living standards their families will be permitted to enjoy. Meanwhile, the poor countries are demanding that developed nations give them “climate justice” in the form of $100 billion a year, just for starters, and trillions in the long run. When will the insanity end?

More outrages and insanities in Paris

If alarmists get what they want at the climate gabfest, the consequences will be disastrous

The Senate will not approve or appropriate money for anything President Obama might agree to in Paris, and developing countries will not (and should not) stop building coal-fired power plants and using fossil fuels to lift billions out of abject poverty. However, we cannot let down our guard.

Mr. Obama will do everything possible to go around Congress and impose more Executive Branch anti-hydrocarbon edicts, to get a hypothetical, undetectable 0.05 degree reduction in average global temperatures 85 years from now.  Meanwhile, the $1.5-trillion-per-year Climate Crisis Industry is determined to protect its money train, redistribute the world’s wealth, and increase its power over our lives, livelihoods and living standards. That means the mischief afoot in Paris will never stay in Paris.

The vast majority of the 40,000 attending the climate gabfest are alarmists, who have their time and lavish expenses paid by taxpayers or corporate cronies. But they still want to silence the few “dangerous manmade global warming” skeptics who have been able to attend the event on their own nickel. They want to revoke our conference credentials … and prosecute us as “racketeers” and “climate criminals” – when the real criminals are the alarmists, who are committing crimes against humanity and our planet.

They use climate chaos claims to justify spending countless billions of dollars annually for biased, pseudo-scientific research. They then use that “research” to justify programs that convert croplands into ethanol plantations, raising food and food aid costs, and leaving more people starving longer – and convert habitats into wind farms and solar facilities, to slaughter birds and bats by the millions;.

Alarmist policies cause numerous deaths every year from lung, intestinal and other diseases due to an absence of electricity, refrigeration and safe drinking water, and Western governments and banks refusing to provide financial support for power plants. It’s not fossil fuels that kill. It’s the absence of fossil fuels.

Unelected, unaccountable bureaucrats and their radical environmentalist allies in the EPA, UN and EU want to de-carbonize, de-industrialize and de-develop rich countries – and tell poor countries what level of development and “sustainable” living standards their families will be permitted to enjoy.

Meanwhile, Malaysian representative Gurdial Singh Nijar told the 40,000 attendees: “You [developed countries] grew to this level of prosperity because you burned fossil fuels at an unabated rate. You created the [climate] problem.” India Environment Minister Prakash Javadekar has bluntly said “the bill for climate action for the world is not just $100 billion. It is in trillions of dollars per year.” To be paid by countries that climate policies will make less developed, less rich and less employed every year!

So first, the bill for WHAT problem, exactly? White House press releases, COP21 climate conference speeches and climate computer models are not evidence – especially when real-world events completely contradict the Climate Hustle and Hype. Global temperatures haven’t risen in 19 years. Greenland and Antarctic ice caps are growing, not shrinking. Sea levels are rising at barely seven inches per century. Oceans are firmly alkaline, not acidic. Hurricane and tornado activity is below historic averages.

So before alarmists say another word about responsibility, prevention, reparation and compensation, they need to prove that real-world climate disasters and extreme weather events from the past few decades are due to humans and fossil fuel emissions – instead of natural forces and fluctuations. They need to prove that those events are unprecedented – beyond what humanity has had to deal with in the past.

Most of all, they need to do it in a full-throated debate, where they have to defend their claims, data and studies in the open – and be questioned, challenged and cross-examined by experts from our side.

Second, fossil fuels power technologies that have lifted billions out of poverty, disease and despair … and that poor developing nations are now using to do the same. Developed countries burn fossil fuels to create and manufacture those technologies. Do poor countries want them or not? They can’t have it both ways.

Third, what Mr. Obama and climate alarmists at the 21st Conference of Parties (COP21) in Paris are trying to impose on the world should chill rational people to the bone.

The president has unilaterally “pledged” that the United States will slash its carbon dioxide emissions by 26-28% below 2005 levels by 2025 – even after America already reduced those plant-fertilizing emissions significantly since 1990. The impact on poor, working class and minority families will be disastrous, but he and his bureaucracy and Big Green allies don’t give a spotted owl hoot.

Now, on top of that, they and the alarmists gathered in Paris have prepared a draft climate treaty that really will “fundamentally transform” the United States and industrialized world, just as President Obama promised he would do. You can find the full text of the draft COP21 agreement here, in obtuse UN-speak – and the Committee For A Constructive Tomorrow’s plain-language analysis here. The Heartland Institute provides extensive additional realism here, addressing climate change and the Paris process.

Most developed countries want binding commitments by all nations: that they will reach specified CO2 reduction targets by specific dates. The huge coalition of “Like-Minded Developing Countries,” led by China and India, want nonbinding commitments, or no commitments. They will agree only to do their best to cap their emissions by around 2030, and then gradually reduce them as their economies improve and their power plants, factories and cars become more efficient, less polluting, less CO2-emitting.

This is called “differentiated responsibilities.” It means CO2 reduction commitments will apply only to already developed nations, which may also be subject to a new International Tribunal of Climate Justice. Currently rich countries will also have to provide additional “justice” in the form of cash: $100 billion a year to begin with, then 1% of GDP (which would be some $167 billion per year for the USA alone), plus billions more in free technology – to cover alleged climate adaptation costs, reparations for past climate damages, and “losses and damages” from extreme weather events caused (solely) by now-rich countries.

The theory, the claim, the delusion – the money-grubbing, power-grabbing pretense – behind all of this is that controlling FRC (Formerly Rich Country) CO2 emissions will somehow hold the projected global temperature increase to 1.5 or 2.0 degrees Celsius (2.7 or 3.6 deg F). In other words, alarmists want us to believe that carbon dioxide now functions as Earth’s thermostat and weather control system, even though it represents barely 0.040% of the atmosphere (argon is 0.93% and oxygen is 20%).

Just as absurd, this is supposed to happen even if poor countries continue building coal-fired power plants, driving more cars, emitting more greenhouse gases, and increasing atmospheric CO2 to perhaps 0.05% (500 ppm), from its pre-industrial level of around 0.028% (280 ppm).

All this may happen in Fantasy Land computer models. It doesn’t and won’t happen in the Real World.

Climate Chaos Theory also absurdly assumes that any global average temperature increase above 2 deg C will somehow be cataclysmic – even though a warmer planet with more CO2 in the air will greatly improve forest, grassland, algae and crop growth. And all this nonsense is driving the Paris insanity.

Nevertheless, President Obama and Secretary of State John Kerry are determined to lock the United States into this Iran-2 deal – legally, “morally” or just because they signed it. It’s all part of their latest apology tour: America’s mea culpa for having used fossil fuels to improve lives all over the world.

Perhaps craziest of all, President Obama and too many others think these computer-world, Sim Planet climate disasters are far worse than the all-too-real butchery we have witnessed in San Bernardino, Boston, Chattanooga, Fort Hood, Israel, Bali, Mali, Madrid, Mumbai, London, Lebanon, Libya, Iraq, Syria, Kenya, Nigeria – and Paris! With more undoubtedly to come.

When will the insanities cease? Speak out. Help Paris collapse like the house of cards it is.

­­­­­­­­­­­­­­­­­­­­Paul Driessen is senior policy analyst for the Committee For A Constructive Tomorrow (www.cfact.org),  and coauthor of Cracking Big Green: Saving the world from the Save-the-Earth money machine. 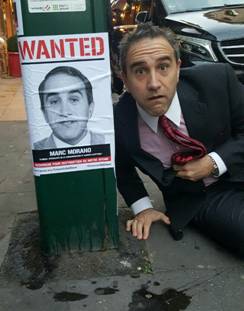 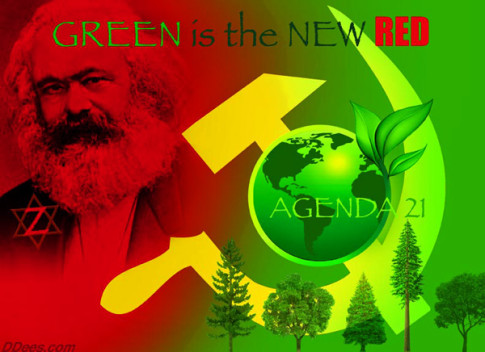