“at the beginning of the year Meyer’s severance was worth $158 million. It has since declined to $60 million. During the same time the enterprise value of Yahoo’s core operations, as valued by the market, has declined from negative $1 billion to negative $13 billion. Sounds like a fair trade.” 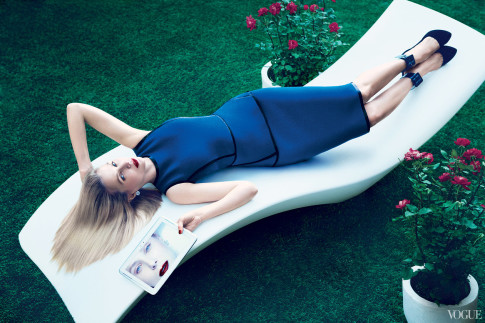 The last time we looked at the “value” of Yahoo’s core business was nearly a year ago, when the stock was trading at a comfortable $50/share, which however was entirely due to the result of YHOO’s non-core business. This is how Citi estimate the value of Yahoo’s core operations.

Yahoo! shares are down meaningfully during the last two trading days due to the decline in BABA shares, even though Yahoo! announced this week the best-case scenario for its shareholders in the form of a tax-free spin-off of its entire equity position in BABA (see our note here). The trading has created an unusual dislocation, in our opinion. Assuming 1) that the BABA stake trades at a 10% discount to BABA as a SpinCo (and, therefore, is worth $33/YHOO share at current BABA levels), and 2) that its 35% equity stake in Yahoo! Japan is valued using a 44% discount to the current market value (i.e., a 38% tax rate plus a 10% liquidity value), then the core Yahoo! business is currently valued at nearly a negative enterprise value of $1bn.

Citigroup then proceeded to explain how it makes no sense for the stock to trade as low as it did, noting that “BABA would have to drop below ~$74/sh in order for there to be further downside in YHOO shares from here, all else equal.”

As of today, BABA is trading at $84 and YHOO stock is down more than 30% since Citi’s “analysis.”

But we are not here to mock Citi’s equity strategists, who are merely placeholders to allow Citigroup to collect soft dollars from Citi clients. We are here to check on the updated enterprise value of Yahoo’s core business, especially in the aftermath of news earlier this week that contrary to long-running expectations, Yahoo has decided not to spin off its BABA stake.

According to NYT calculations, what a year ago was “only” a $1 billion negative value for Yahoo’s core businesses, which include Search, Communications (Mail, Livetext, Messenger), Digital Content, Tumblr, Digital Advertising and Small Business Services, has now grown, or rather declined, to… well here is the NYT:

As of Wednesday, that figure is a negative (yes, negative) $13 billion.

How can a company that has $4.5 billion in revenue and one billion users be worth less than zero?

Let’s walk through the numbers.

But stock market investors are assigning a valuation of $32.5 billion, based on Wednesday’s trading. The news that Yahoo was halting a spinoff of its stake in Alibaba, the Chinese e-commerce giant, choosing instead to explore a spinoff of Yahoo’s core Internet operations plus its stake in Yahoo Japan, sent shares lower, widening that gap.

And therein lies the rub: on one hand a simple market test – the most objective valuation of an asset – suggests YHOO’s core valuation has declined from negative $1 bilion to negative $13 billion in less than a year. On the other hand, stumped analysts can’t stop explaining how YHOO’s EBITDA, despite a steep drop since Meyer’s taking control in 2012, is expected to be $1 billion, which would suggest a $5 billion Enterprise Value assuming a modest 5x multiple. If only on paper, er Excel.

Still, the market not only disagrees but sees a valuation gap of a whopping $18 billion.

How can one explain the delta? The only possible explanation is that the market assigns a contribution value to Marissa Meyer’s tenure of nearly $20 billion, who in the span of under 4 years has literally destroyed the value of Yahoo’s core business.

Which brings us to the topic of her severance package, which some have said is as high as $158 million. AP was kind enough to “correct” this misconception and report that Meyer’s golden parachute is now “only” $60 million in cash and stock.

Mayer’s severance package was worth $157.9 million in cash and stock at the end of 2014, if she were fired without cause and after the sale of the company, according to a Securities Exchange Commission filing in April. That sum dwarfed the severance packages offered to other high-profile tech CEOs, prompting critical media coverage earlier this month as investors scrutinized the company’s turn-around strategy.

But the current value of Mayer’s severance package is far lower. As of the close of markets on Friday, it was worth about $59.3 million in cash and stock, according to the research firm Equilar.

So let’s do the math: at the beginning of the year Meyer’s severance was worth $158 million. It has since declined to $60 million. During the same time the enterprise value of Yahoo’s core operations, as valued by the market, has declined from negative $1 billion to negative $13 billion.

Whatever the real severance package in the end, however, we are confident that at the current trend in which Yahoo is nothing but a shell “liquidating trust” for Alibaba shares, the company’s investors would be delighted if the Dan Loeb-appointed CEO (one who made Loeb a massive profit before he prudently cashed out at the peak) were to collect whatever it is that is owed to her and return to doing what she does best.