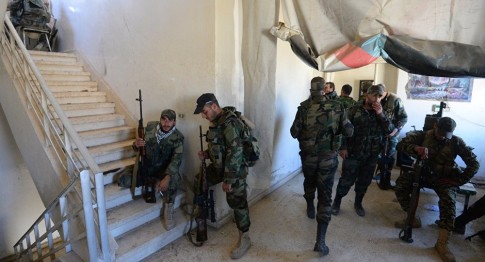 The Syrian Foreign Ministry has sent an official protest to the UN Security Council of the US-led coalition’s airstrikes on Syrian Army facilities.

MOSCOW (Sputnik) – The Syrian Foreign Ministry has sent an official protest to the UN Security Council over the US-led coalition’s airstrikes on Syrian Army facilities in Deir ez-Zor, Syria’s official SANA news agency reported Monday.“Syria strongly condemns the act of aggression by the US-led coalition that contradicts the UN Charter on goals and principles. The Ministry of Foreign Affairs has sent letters to the UN Secretary General and the UN Security Council,” the agency quoted the ministry as saying.

US-led airstrikes on a Syrian Army barracks show the international coalition is not serious in its fight against terrorism, the Syrian Foreign Ministry said.

According to the Syrian Foreign Ministry, four coalition aircraft launched nine missiles at Syrian Army facilities on Sunday evening, killing at least three and injuring another 13.