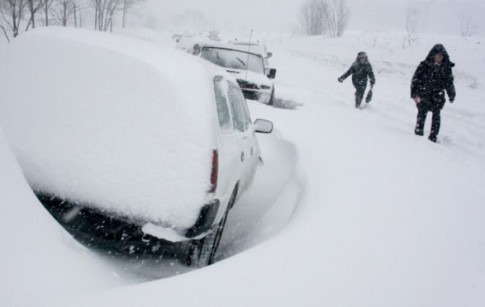 Whoa! This video reminds me why global warming is GOOD! Visibility near zero. More than 300 cars rescued from “snow captivity.”

In the Khabarovsk region continues to rage snow cyclone.

All services Khabarovsk work around the clock.

The powerful blizzard, with storm gusts up to 25 meters per second, has dumped a month’s worth of precipitation per day.

The city of Khabarovsk has declared a state of emergency according to the “TV Center”.

Khabarovsk i a city of just over a half million near the Chinese border.