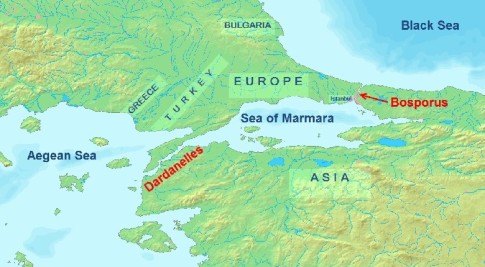 A recent report by Sputnik states that in this regard:

In times of war, the passage of warships shall be left entirely to the discretion of the Turkish government, according to the document.

From a legal perspective, Turkey has no legal grounds to create obstacles for Russian vessels carrying cargo, including military cargo, Russian lawyer Vladimir Morkovkin told RBK. Turkey can ban non-friendly vessels from navigating through the Straits only if at war, the expert explained.

After World War II, Ankara made several efforts to gradually strengthen its control over the Straits. In 1982, Turkey tried to unilaterally expand the regime of the Istanbul port over the entire area of the Straits. The decision was harshly criticized by neighboring countries, and Turkey stepped back.