In response to Russia’s accusation that Turkey is buying oil from ISIS, the Turkish president said that – if that is proven to be true – he’ll resign.

It turns out that Turkey is buying oil from ISIS.

The Guardian reported this summer:

US special forces raided the compound of an Islamic State leader in eastern Syria in May, they made sure not to tell the neighbours.

The target of that raid, the first of its kind since US jets returned to the skies over Iraq last August, was an Isis official responsible for oil smuggling, named Abu Sayyaf. He was almost unheard of outside the upper echelons of the terror group, but he was well known to Turkey. From mid-2013, the Tunisian fighter had been responsible for smuggling oil from Syria’s eastern fields, which the group had by then commandeered. Black market oil quickly became the main driver of Isis revenues – and Turkish buyers were its main clients.

As a result, the oil trade between the jihadis and the Turks was held up as evidence of an alliance between the two.

In the wake of the raid that killed Abu Sayyaf, suspicions of an undeclared alliance have hardened. One senior western official familiar with the intelligence gathered at the slain leader’s compound said that direct dealings between Turkish officials and ranking Isis members was now “undeniable”.

In June 2014, a member of Turkey’s parliamentary opposition, Ali Edibogluan, claimed that IS had smuggled $800 million worth of oil into Turkey from Syria and Iraq, according to the Al Monitor website.

He cited oil fields at Rumaila in northern Syria and others near Mosul in Iraq, saying that IS had laid pipes allowing it to “transfer the oil to Turkey and parlay it into cash”.

“Turkey’s cooperation with thousands of men of such a mentality is extremely dangerous,” he said, according to the Al Monitor report.

“Similar pipes exist also at [the Turkish border regions of] Kilis, Urfa and Gaziantep … they take the oil from the refineries at zero cost.

“Using primitive means, they refine the oil in areas close to the Turkish border and then sell it via Turkey.”

Now, a former Iraqi member of parliament has backed up those claims.

“In the last eight months [IS] has managed to sell what is $800 million worth of oil in the black market of Turkey. This is Iraqi oil and Syrian oil, and these are carried by trucks from Iraq, from Syria, through the borders to Turkey and sold … [at] less than 50 per cent of the international oil price,” Mowaffak al Rubaie said in an interview with the Russian channel RT.

“Now this either gets consumed inside, the crude is refined on Turkish territory by the Turkish refineries, and sold in the Turkish market. Or it goes to Jihan and then in the pipelines from Jihan to the Mediterranean and sold to the international market.

“Money and dollars generated by selling Iraqi and Syrian oil on the Turkish black market is like the oxygen supply to [IS] and its operation.

“Once you cut the oxygen then [IS] will suffocate.”

The former Iraqi MP said there was “no shadow of a doubt” that the Turkish government knew about the smuggling operations.

“The merchants, the businessmen [are buying oil] in the black market in Turkey under the noses, under the auspices if you like, of the Turkish intelligence agency and the Turkish security apparatus” ….

It seems that whenever the Islamic State is fighting in the vicinity of an area hosting oil assets, the 13 exports from [the Turkish state-owned oil refinery at] Ceyhan promptly spike. This may be attributed to an extra boost given to crude oil smuggling with the aim of immediately generating additional funds, badly needed for the supply of ammunition and military equipment. 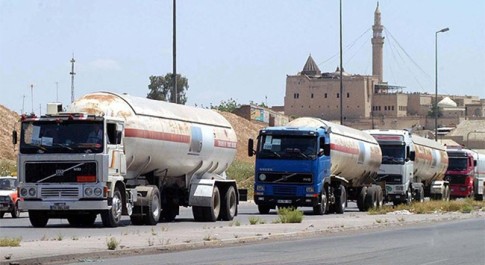 Sadik Al Hiseni, the head of the security committee in the city of Diyala in Iraq, says they have arrested several Turkish tankers trying to take ISIS oil out of the province of Salahuddin.

Other sources involved in smuggling Syrian oil into Turkey said that it continued elsewhere along the border on a far greater scale. This testimony — from smugglers and businessmen who have done it themselves — provides a rare look behind the curtain of the trade that has helped make ISIS the world’s richest extremists. “Before, now, and in the future, ISIS is smuggling oil into Turkey,” said one of the businessmen involved, who spoke on the condition that he not be named. “And the border guards close their eyes.” 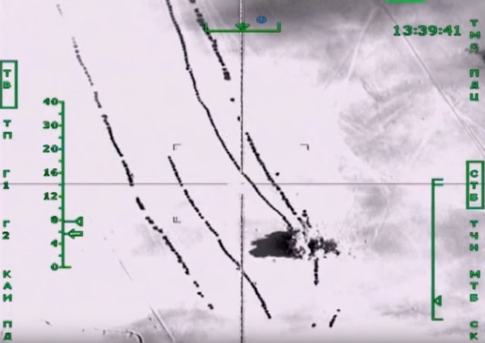 Someone’s buying that oil that ISIS is selling, it’s going through somewhere, it looks to me like it’s probably going through Turkey ….

Columbia University’s Institute for the Study of Human Rights notes:

• On September 13, 2014, The New York Times reported on the Obama administration’s efforts to pressure Turkey to crack down on ISIS extensive sales network for oil. James Phillips, a senior fellow at the Heritage Foundation, argues that Turkey has not fully cracked down on ISIS’s sales network because it benefits from a lower price for oil, and that there might even be Turks and government officials who benefit from the trade.

• Fehim Tatekin wrote in Radikal on September 13, 2014 about illegal pipelines transporting oil from Syria to nearby border towns in Turkey. The oil is sold for as little as 1.25 liras per liter. Ta?tekin indicated that many of these illegal pipelines were dismantled after operating for 3 years, once his article was published.

• According to Diken and OdaTV, David Cohen, a Justice Department official, says that there are Turkish individuals acting as middlemen to help sell ISIS’s oil through Turkey.

• On October 14, 2014, a German Parliamentarian from the Green Party accused Turkey of allowing the transportation of arms to ISIS over its territory, as well as the sale of oil.

And Zero Hedge has rounded up a variety of circumstantial evidence indicating that the Turkish leaders are intentionally smuggling ISIS oil into Turkey and then out to the Mediterranean, using the same supply routes used to smuggle “illegal” Kurdish oil.

Will the Turkish president keep his word and resign?

1 thought on “Yes, Turkey IS Buying Oil from ISIS”