On Tuesday evening, we took a look at how Iran’s Shiite proxy arms fighting ISIS in Iraq responded to Ash Carter’s contention that the US would soon send an “expeditionary targeting force” to assist Iraqi and Kurdish Peshmerga forces in the battle against Islamic State.

From Kata’ib Hezbollah: “We will chase and fight any American force deployed in Iraq. Any such American force will become a primary target for our group. We fought them before and we are ready to resume fighting.”

From the Badr Organisation: “All Iraqis look to (the Americans) as occupiers who are not trustworthy.”

And as for the official reaction from Baghdad, we go to PM Haider al-Abadi: “Iraq does not need foreign ground combat forces on Iraqi land.” 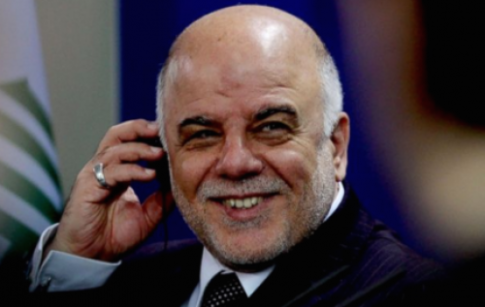 So basically, “thanks, but we’ve seen enough of your ground troops over the past 15 years and if they come here again, they’re likely to get shot at, and not just by ISIS.”

This is a conundrum for Washington. The US-trained and armed Iraqi regulars fight alongside, and in some cases report directly to, the Shiite militias and these militias are far more effective at fighting ISIS than government forces. In some battles, there are more militiamen fighting than Iraqi soldiers.

Additionally, Iran wields considerable political influence in Baghdad and as we said on Tuesday evening, the comments out of Kata’ib Hezbollah, Badr, and Abadi might as well have been issued directly from Tehran because that’s unquestionably who’s pulling the strings here. 9,500 US troops in Afghanistan is bad enough and the IRGC isn’t thrilled about the prospect of America building up a troop presence in another neighboring country.

Obviously it says a lot about the army that the US left behind in Iraq that they have to rely on Iranian proxies to fight for them, and that would be embarrassing enough as it is without the militias’ leaders habit of calling out Washington for not taking the fight against ISIS seriously.

“U.S. airstrikes targeting ISIS around Ramadi are proving not very effective,” the head of the Iran-backed militias surrounding the conquered Iraqi city told NBC back in June. “We expect more from the Americans. There are no real airstrikes against ISIS headquarters.”

That’s but one of many examples. In short, Iraqis are asking the same question everyone who isn’t wedded to the Western narrative is asking. Namely, “how is it that the most powerful army on the face of the planet just can’t seem to put a dent in the conquest plans of a group whose fighters only number 30,000?” Iran is using its influence in Iraq to make sure that this question is being raised not only among civilians, but among politicians in Baghdad as well.

Now, The Washington Post has taken a look at what, to the American public, probably seems like a peculiar phenomenon: Iraq is pretty sure the US is “in cahoots” with ISIS.

“Iraqi fighters say they have all seen the videos purportedly showing U.S. helicopters airdropping weapons to the militants, and many claim they have friends and relatives who have witnessed similar instances of collusion,” WaPo reports, adding that “ordinary people also have seen the videos, heard the stories and reached the same conclusion — one that might seem absurd to Americans but is widely believed among Iraqis — that the United States is supporting the Islamic State for a variety of pernicious reasons that have to do with asserting U.S. control over Iraq, the wider Middle East and, perhaps, its oil.”

Sure, that conclusion “may seem absurd to Americans” now, but more people are beginning to ask questions. Take Hawaii congresswoman Tulsi Gabbard for example.

Recall that last month Shiite fighters backed by the Iraqi army retook the Baiji refinery near Siniya (we profiled the fight here). Here’s what Mustafa Saadi, a Shiite commander involved in that particular effort has to say about America’s relationship with ISIS: “It is not in doubt. ISIS is almost finished. They are weak. If only America would stop supporting them, we could defeat them in days.” 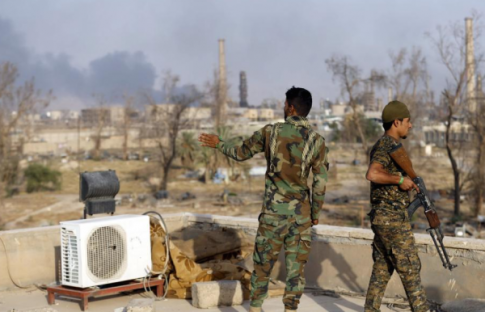 Yes, “if only the US would stop supporting them” they’d be finished “in days,” which is what we, and countless others have been saying for the better part of a year. Saadi also said a friend of his witnessed the US airdropping bottled water to an ISIS position. Here’s a now infamous video that surfaced after the assault on Baiji which purports to show US parachutes and other items delivered to ISIS inside the refinery (obviously, there’s no way to authenticate this and it’s just presented here to give readers an idea of how rampant the speculation is):

As for The Pentagon, Col. Steve Warren, the military’s Baghdad-based spokesman says the idea that the US is supporting ISIS is “beyond ridiculous.” “There’s clearly no one in the West who buys it,” he added.

Actually Steve, there are a lot of people in the West that “buy it,” and that number is growing with each passing Putin accusation and with every bit of incremental evidence that incriminates US ally Turkey in participating in the lucrative ISIS oil trade.

So who’s to blame for this vicious “propaganda”? Well, Iran of course.

The allegations of U.S. collusion with the Islamic State are aired regularly in parliament by Shiite politicians and promoted in postings on social media. They are persistent enough to suggest a deliberate campaign on the part of Iran’s allies in Iraq to erode American influence, U.S. officials say.

In one typical recent video that appeared on the Facebook page of a Shiite militia, a lawmaker with the country’s biggest militia group, the Badr Organization, waves apparently new U.S military MREs (meals ready to eat) — one of them chicken and dumplings — allegedly found at a recently captured Islamic State base in Baiji, offering proof, he said, of U.S. support.

“The Iranians and the Iranian-backed Shiite militias are really pushing this line of propaganda, that the United States is supporting ISIL,” Warren said. “It’s part of the Iranian propaganda machine.”

Of course you really can’t call it “propaganda” if it’s true.

As WaPo goes on to note, Abadi has to be careful when it comes to denying the accusations as a handful of Shiite militia commanders are set to use their reputation on the battlefield as a kind of political trampoline. In short, if Abadi doesn’t toe the line, he could find himself out of a job.

Meanwhile, Naseer Nouri, a spokesman for the Ministry of Defense blamed the perception of US-ISIS collusion on America’s sluggish response to requests for help. “We don’t believe the Americans support Daesh, but it is true that most people are saying they do, and they are right to believe that the Americans should be doing much more than they are. It’s because America is so slow that most people believe they are supporting Daesh.”

Make no mistake, none of this is going to keep The Pentagon from putting SpecOps on the ground. As we said last night, Washington probably wasn’t looking for permission in the first place despite Carter’s lip service to Baghdad on Tuesday. The US will likely embed the Spec Ops with the Peshmerga via the KRG in Erbil. “Iraq’s semiautonomous region of Kurdistan, where support for the United States remains strong, has said it would welcome more troops,” WaPo notes.

We’ll close with the following quote from Mustafa Alani, director of the Dubai-based Gulf Research Center, who explains in very plain language why more and more people believe the US just may be in bed with ISIS.