The German District Court in Passau has ruled that Angela Merkel has effectively nullified German law on illegal immigration by opening the country’s borders, and as a result ordered a people smuggler released with the lightest possible sentence. 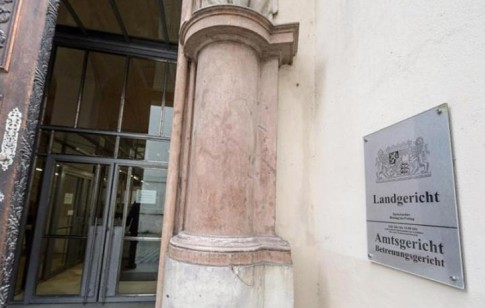 The remarkable case—which could have repercussions throughout the German legal system, based as it is on the principle of precedent—was reported briefly in the Welt am Sonntag newspaper.

According to that report, a 43-year-old Serbian national had been arrested after being caught smuggling a large number of people into Germany in his vehicle.

He was subsequently charged with aiding and abetting illegal immigration—but was released after the court ruled that the law under which he had been charged had effectively fallen into disuse because it was the German government’s policy to encourage “non-formal immigration.”

Usually, people smugglers are sentenced to imprisonment of several years in Germany, but in this case the accused was warned, given a two-year suspended sentence, and allowed to walk out of the court building a free man.

His defense—with which the court agreed—was that the crime with which he had been charged was actually the official policy of the Federal German government.

According to the Welt am Sonntag, the judge’s verdict read in part that “the definition of the law has been suspended by official German government policy,” namely that the “German government has officially invited asylum seekers to come to Germany.”

Therefore, the court ruled, the accused had not actually done anything that the Chancellor had not specifically ordered to happen.

Because of this legal grey area, the court ruled, it was not going to impose a prison sentence on the accused, and instead resorted to the lightest punishment possible.

“The Chancellor’s ‘welcoming culture,’” the judge concluded, “had made the imposition of the maximum penalty inappropriate.”

The legal precedent that has now been set is likely to affect all future illegal immigration cases in Germany. Just last week, the police undertook a large raid on an internationally active smuggling ring in North Rhine-Westphalia, Lower Saxony, and Baden-Württemberg. Almost 600 officers took part in the operation at 24 different locations and arrested seven suspects.

Those arrested were found to have provided fake travel documents and residence permits for Middle Easterners, and organized their entry into Germany with airplane tickets. For this service they had charged €10,000 per person, the police said.

The police are now concerned that gangs such as these will also be able to use the “we are only doing what the government is doing” defense to escape the people smuggling charges, and that the punishments for the forged papers will be slight.