“Demand for gold metal, mainly by Joe Public has been steady, based on realisation that markets are somehow not reflecting reality, and COMEX is merely a front for yet another Rothschild DISINFO propagandist con.

Demand is through the roof for metal….not shares, or ‘investments’.

The dumbing down of real metal prices by tying it in with paper, is set to end soon.

When that happens it will trigger the collapse of the foundation of paper wealth.” 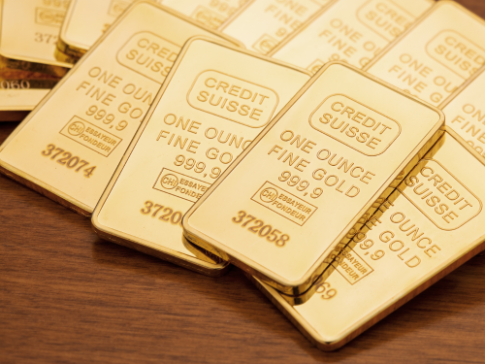 – Shortages Ahead: Half of Global Gold Production Is No Longer Profitable:

When you examine the precious metals market, what you’re really looking at is two separate markets, being fueled by two very different buyers. There are those who feel that the stock market is a great investment, and those who feel that our financial system can’t be trusted. Stock buyers are feeling good right now, so they’re pushing “safe haven” assets out of their portfolios. Meanwhile, the folks who don’t trust the system have put their faith in real gold, and buy it whenever they can.

Unfortunately for gold miners, this asset is priced by the former of the two. Paper gold sets the price of real gold, even though paper gold is being backed by less and less real gold as time goes on. We’re approaching a unique moment where the paper market and the physical market become untangled from each other. They’re beginning to move in opposite directions. As the stock market crowd ditches their paper assets, the price just keeps falling, and the gold bugs are taking advantage of this artificially lowered price while they still can.

As a result, the gold mining community is feeling the pinch. These low prices, coupled with the fact that physical demand is rising, has created the perfect conditions for a supply crunch in the near future.

Half of the gold coming from mines may not be viable at current prices, underscoring the industry’s need for consolidation and output cuts, according to the best-performing producer of the metal in the past decade.

“The more we continue to produce unprofitable gold, the more pressure we put on the gold price,” Randgold Resources Ltd. Chief Executive Officer Mark Bristow said in an interview in Toronto on Friday. “In the medium term, it’s a very bullish outlook for the gold industry. The question is, how long are we going to supply it with unprofitable gold?”

Gold fell to a five-year low on Friday as a rising dollar and speculation that U.S. policy makers will boost interest rates next month curbed the appeal of bullion as a store of value. While industrial metal producers have promised output cuts, “we don’t have that psyche in the gold industry, we just send it off our mine and somebody buys it,” Bristow said.

Gold miners buffeted by the drop in prices are shortening the life of mines by focusing only on the best quality ore, a practice known as high grading, which will restrict future output and support higher prices, according to Bristow. He said in a presentation to bankers in Toronto that the industry life span is down to about five years because companies have been aggressively high grading at the expense of future production.

The stock buying crowd is only thinking in terms of their own little bubble (figuratively and literally). They believe that a strong dollar has “curbed the appeal of bullion as a store of value,” even though that’s clearly not the case. American demand for gold coins doubled in the third quarter of this year, even as prices wallowed in their lowest level in 5 years.

Something else is going on. Demand for the metal is as strong as it’s ever been, depending on which crowd you talk to. But since the people who don’t own the metal for real and don’t like it are the ones who set the price, that price is far lower than what the gold bugs think it’s worth. Now the mining industry is feeling the pressure from these divergent investors. One side is keeping the price low, and the other side is taking advantage.

This will continue until the mines simply can’t afford it. Now that half of the global supply is no longer economical, it’s only a matter of time before these companies have to consolidate or declare bankruptcy, and cut back the supply. When that happens, the demand isn’t going to be that different, but the supply is going to be significantly smaller. There’s a major change coming to the precious metals market, and those of us who hold real gold are going to be the winners.