Over half of all the illegal migrants slated for deportation in Sweden have mysteriously disappeared.  The National Border Police Section reports that of the 21,748 individuals due to be sent home after their asylum applications were turned down, a whopping 14,140 have simply vanished off the police radar.  “We simply do not know where they are”, said a spokesman for the local police.

– 14,000 Refugees Due For Deportation From Sweden Have Vanished: “We Simply Do Not Know Where They Are”:

As part of the just concluded “cash for refugees” deal between the EU Turkey, the FT adds that not only will migrants whose asylum applications are rejected be sent back to Turkey but that this “crackdown on irregular migration would be complemented by a parallel programme offering a legal route to Europe, resettling up to 500,000 Syrian refugees directly from Turkey, Lebanon or Jordan.”

The FT adds that, as expected, “if such an EU-wide scheme were made mandatory it would be flatly opposed by many eastern European countries. To avoid the proposals being blocked, Brussels and Berlin are exploring a “voluntary” scheme with 10 countries willing to take refugees. It is unclear whether other Schengen members would be asked to contribute to the costs of resettlement.”

But before crossing that particular bridge, which will sow even further anger, mistrust and antagonism spread among the member countries of the European “Union”, a bigger question is just how will Europe track down and sequester those refugees that pose the biggest threat in the eyes of authorities, those who are already slated for deportation.

As the following case study from Sweden proves, having once entered Europe, Europe may have problems trying to track down the hundreds of thousands of refugees having already found their way to the continent.

As Sweden’s Afton Bladet reports, over half of all the illegal migrants slated for deportation in Sweden have mysteriously disappeared.

The National Border Police Section reports that of the 21,748 individuals due to be sent home after their asylum applications were turned down, a whopping 14,140 have simply vanished off the police radar. Around a third, or the remaining 7,608, still live and are accounted for in the Swedish Migration Board’s premises or have indicated an address for their own homes. It is not clear if anyone has actually tried following up on said home address to see how many have simply made one up. 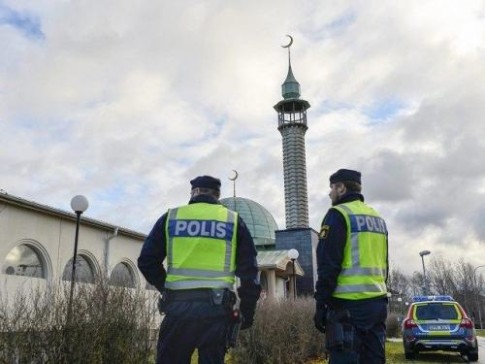 Based on a translation of the Swedish report by Breitbart, some are expected to have left the country secretly, “but the majority are thought to still be in Sweden, having fallen through the cracks of the comprehensive welfare state.”

The local cops is brutally honest: “We simply do not know where they are”, said Patrik Engstrom, a spokesman for the local police. 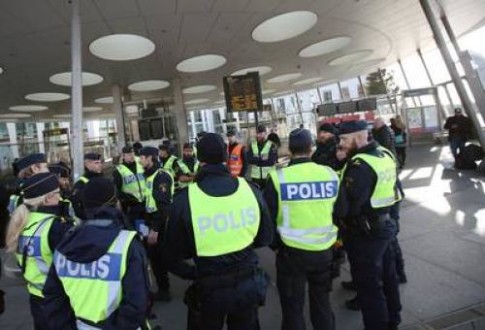 This is not the first time refugees have vanished from official supervision: one month ago we reported that roughly 4,000 asylum-seekers who had initially been accomodated by the German state of Lower Saxony had “mysteriously disappeared.” To our knowledge they have still not been found.

Ever the egalitarian paradise, Sweden was as concerned about labor abuse as the current whereabouts of the refugees, and Afton Bladet noted that a number of unscrupulous employers in the country have taken advantage of the invisible migrants, using them as cheap labour off the books, with no wages tax to pay or minimum wage to heed.

The reported goes on to note that while at the start of 2015 the migration bureau was responsible for deporting migrants who failed to gain a visa, the rising tide of migration created new challenges and the job was transferred to the Police in October. The task of deportations was handed over to police because the migration board considered that as the situation deteriorated, “coercion would be necessary” to get migrants to leave. Yet through a severe lack of manpower, resources, and political mandate to take proper action the police have proven unable to handle the job.

Now, even the police is proving helpless at managing the process: “a police spokesman said they simply did not have enough officers, having been ordered this month to become border police as well, enacting government policy to check passports and papers.”

“We have failed because too much of our resources go to reintroduce border controls at internal borders” Patrik Engstrom adds.

Hamstrung by government policy, the border checks have also been a failure, making no significant reduction in the number of migrants crossing into the country daily. Officers were only permitted to make spot checks at the border, and were forbidden to profile individuals on the basis of their ethnicity, language spoken, or skin colour, making effective control impossible.

Finally, even in cases where the police manage to find illegals and send them home, nations such as Afghanistan, Iran, Somalia, Eritrea, Lebanon, Morocco and Libya don’t accept their own people back in many cases.

In other words, Europe has unleashed the refugee genie without much thought for the consequences. And now that the “consequences” have arrived and Europe is scrambling to put the genie back into the bottle, to its amazement it has realized that the genie has mostly vanished.

1 thought on “14,000 Refugees Due For Deportation From Sweden Have Vanished: “We Simply Do Not Know Where They Are””