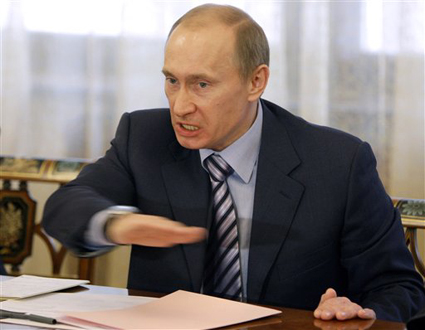 While many in The West had hoped for a “see, we told you so” strongman military response from Vladimir Putin, it appears the Russian leader has, for now, taken a more practical approach. The wide-ranging sanctions unleashed on Turkey (by its 2nd largest trade partner) include a ban on Turkish workers (with estimates that 90,000 will be fired by Jan 1 2016), restrictions on imported goods and services provided by Turkey, and scraps visa-free travel and bans charter flights (implicitly hurting a major part of Turkey’s domestic industry). Finally, Putin calls for “strengthening of port control and monitoring to ensure transport safety,” hinting at the fears many have voiced over whether Turkey shutting the Bosphorous in an escalation would be seen as an act of war.

Russian President Vladimir Putin has signed a decree “On measures to ensure Russian national security and to protect Russian citizens from criminal and other unlawful actions and the application of special economic measures with respect to the Turkish Republic,” the Kremlin press office said on Saturday.

The decree introduces temporary ban or restrictions on import by Russia of certain types of goods, whose country of origin is Turkey, which are stipulated in the list determined by the Russian government (except the good imported for personal use in an amount permitted by the law of the Eurasian Economic Union).

The decree also bans or restricts organizations, which fall under the Turkish jurisdiction, from providing certain types of services in Russia, which are stipulated in the list determined by the Russian government. 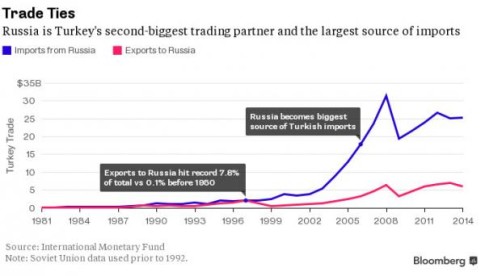 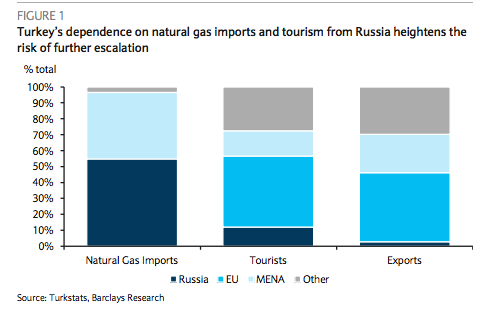 Vladimir Putin signed a decree “On measures to ensure the national security of the Russian Federation and the protection of Russian citizens from criminal and other illegal activities and the use of special economic measures against the Republic of Turkey.”

In order to protect national security and national interests of the Russian Federation to protect Russian citizens from criminal and other illegal acts, and in accordance with the federal law of 30 December 2006 ? 281-FZ “On special economic measures” and on 28 December 2010 ? 390-FZ “On security” decree:

a) prohibition or restriction of foreign economic operations involving import into the Russian Federation of certain goods whose country of origin is the Republic of Turkey, on a list established by the Government of the Russian Federation (except for goods imported for personal use to the extent permitted by law of the Eurasian Economic Union);

3. The Ministry of Foreign Affairs of the Russian Federation in the established order the Republic of Turkey to send a notice of partial suspension of the Agreement, named in paragraph 2 of this Decree.

4. To establish that the tour operators and travel agents should refrain from implementing the citizens of the Russian Federation of the tourist product, include a visit to the Turkish Republic.

5. The Government of the Russian Federation:

a) define lists of goods, works (services) provided by subparagraphs “a” and “b” of paragraph 1 of this Decree;

b) to determine the list of employers, customers of works (services) provided by subparagraph “c” of paragraph 1 of this Decree;

c) to define the list of contracts concluded with organizations under the jurisdiction of the Republic of Turkey for the supply of goods (works, services) in respect of which special economic measures provided for in this Decree shall not apply;

d) adopt measures for the following:

e) if necessary, make proposals to amend the period of validity or the nature of the special economic and other measures provided for by this Decree.

6. This Decree shall enter into force on the date of its publication and is valid until they cancel the special economic and other measures.