And what a bloody coincidence that is.

“If you play with fire, you get burned,” apart from if you are an official in the Argentine government it would appear. Just days after Argentina threw out the Peronists, who have ruled almost non-stop in the three decades since the end of military rule, The Ministry of Finance suffered a mysterious fire in its computer center, catastrophically (and coincidentally) destroying the prior-regime’s files. 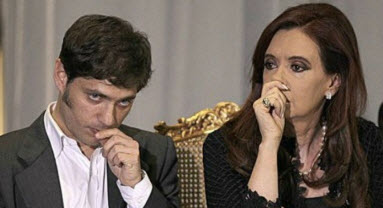 As Perfil reports (via Google Translate)

The weekend came a mysterious fire at the Ministry of Economy , in the area of data center located on the fourth floor of the Economy Ministry.

The fire began on Sunday afternoon at the site containing the computers on which cost control files of the ministry.

The fire, reported Clarín , led to a police report .

On the fourth floor lies the entire operational area of Juan Carlos Pezoa, the head of the Ministry of Finance. It was in a small office on this floor, although far from the clerk’s office, located in the Directorate General Information Systems Financial Management to the entrance of Balcarce 186, where the incident occurred.

According to the official version, which led to the fire was a short circuit in one of the air conditioners that refrigerate the room.

However, he noticed that the complaint was filed at the police station second day after the loss occurred by the head of the area, Maria Eva Sanchez.

According to ministry employees, all computers that burned were in the room where it is kept cost control portfolio dependent commands Pezoa the secretariat.

This runs counter to the official version which speaks of “the ignition of the fire in the live-testing are of software developments.”

This is not the first time a fire has destroyed government records – or second, or third, or even fourth…

With this new fire, and this year there are four key areas in the state.

In February, there were fires in the Pink House and Senate and last month in the Libertador Building.

And then there was last February’s deadly fire which destroyed the central bank’s records just days after a planned crackdown on the banking system.

While we are sure it is a very sad coincidence, on the day when Argentina decrees limits on the FX positions banks can hold and the Argentine Central Bank’s reserves accounting is questioned publically, a massive fire – killing 9 people – has destroyed a warehouse archiving banking system documents. 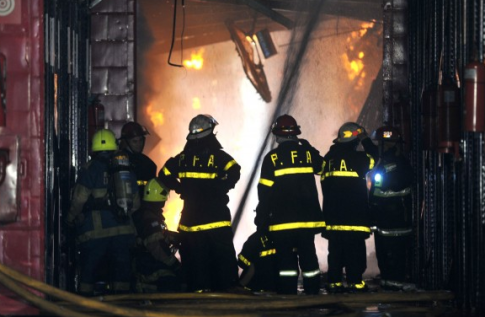 As The Washington Post reports, the fire at the Iron Mountain warehouse (which purportedly had multiple protections against fire, including advanced systems that can detect and quench flames without damaging important documents) took hours to control and the sprawling building appeared to be ruined. The cause of the fire wasn’t immediately clear – though we suggest smelling Kirchner’s hands…

*  *  *
The bottom line is simple – where there’s 5 fires in government offices in 18 months, there is smoke and mirrors and the lies and corruption of Kirchner and her operatives will hopefully one day be exposed.