From witch hunts to corporate defaults to abysmal data, Friday marked a rather unceremonious end to the week for China, as a veritable perfect storm of bad news sent the SHCOMP reeling. Unfortunately for China’s day trading masses the plunge protection team was, like Guotai Junan International Holdings’ CEO Yim Fung, “missing” in action.

After five days of trying to reach Yim via his cell phone, the brokerage issued a statement saying they simply could not find him. Guotai’s shares took a nosedive, falling 12%, the steepest decline in three months. 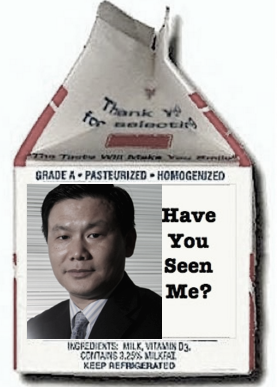 You needn’t have been a sleuth to make an educated guess as to what might have happened. Beginning in July, China embarked on a comically absurd witch hunt to identify and punish those “responsible” for the dramatic bursting of the country’s leverage-fueled equity bubble. The crackdown (known as “kill the chicken to scare the monkey”) ensnared everyone from brokers to journalists. By September, Beijing had even begun arresting employees of the regulatory body tasked with overseeing the plunge protection “national team.” In effect, the CSRC was investigating itself.

Sure enough, it turned out that Yim Fung was “taken away” in connection with a new graft probe into CSRC vice chairman Yao Gang, who earlier this month became at least the second official from the capital markets regulator to come under scrutiny since September.

Now, it appears that after a period of relative calm, the Politburo is set to once again crackdown on any type of “malicious” behavior that Beijing thinks contributed to declining stock prices (remember, China isn’t a big fan of the whole “stocks can go down as well as up” thing, which means arresting anyone suspected of selling or, in extreme cases, halting the entire market). On Friday, the SHCOMP plunged nearly 6% after Citic Securities and Guosen Securities disclosed regulatory probes. Shares in both brokerages traded limit down on the news. Haitong Securities’, which is also facing an investigation, had its shares suspended.

Both Citic and Guosen said the new probes centered on alleged “rule violations.” “The finance crackdown has intensified in recent weeks and ensnared a prominent hedge-fund manager and a CSRC vice chairman,” Bloomberg notes, adding that “Citic Securities President Cheng Boming is among seven of the company’s executives named by Xinhua News Agency as being under investigation.”

The hedge fund manager Bloomberg references is  Xu Xiang, who runs Shanghai-based Zexi Investment (profiled here). After his arrest for insider trading and “stock price manipulation,” Beijing froze some $1 billion in accounts belonging to his parents. Xu’s predicament sent shockwaves through an industry already on edge after the crackdown in August. “I don’t want to get arrested,” one Shanghai-based money manager told WSJ.

This isn’t the first time Citic executives have come under scrutiny. The brokerage – which one journalist described over the summer as “like Goldman in China” – said in August that Managing Director Xu Gang had been detained for alleged “illegal trading.” 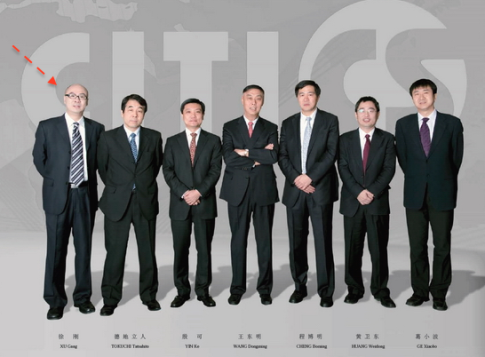 As we put it at the time, “it’s certainly possible that Beijing is simply out to send a message by arresting a high profile investment banker for no reason at all.” In short:

Amusingly, this comes just days after Beijing removed prop trading restrictions that required brokers to buy more shares than they sell in a given day. So now, you can technically be a net seller, it’s just that you might end up being arrested for it if the Party thinks your selling was particularly malicious or otherwise ill-timed.

But the renewal of the greatest witch hunt in the history of modern capital markets wasn’t the only thing weighing on Chinese shares Friday. We also got the latest indication that the country’s highly leveraged corporate sector has reached its dreaded Minsky Moment. As we detailed a week ago, Chinese borrowers are set to take out some CNY7.6 trillion in new loans this year just to pay interest on their existing borrowings. This comes as over half of commodities companies can’t service their debt with existing cash flow. 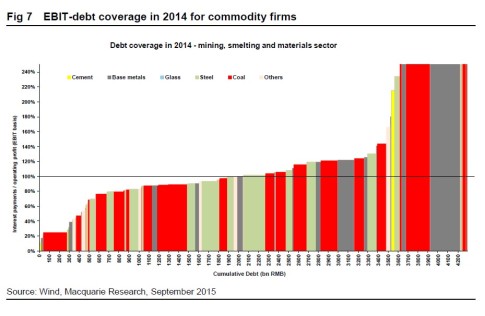 What that means is that the defaults are coming and indeed, 2015 has seen at least a half dozen onshore implosions including, most recently, Shanshui Cement Group. On Friday, Jiangsu Lvling Runfa Chemical (a fertilizer company) and Sichuan Shengda Group (a pig iron producer) both indicated that they would be unable to repay debt coming due next week. As Bloomberg reports, “Sichuan Shengda’s subsidiary’s pig iron production is in halt because of falling prices and the cash shortage, the lender said in a separate statement.”

And of course no story about China’s increasingly hard landing would be complete without a bit of disheartening economic data. In a further testament to how difficult it is to transition from smokestack economy to a consumption and services-led growth model in the midst of a global commodities downturn, industrial profits sank 4.6% Y/Y in October. As Goldman notes, “the deterioration in industrial profits is directionally consistent with the slowdown of month-on-month sequential industrial production growth reported for October (October industrial production growth: +2.9% mom ann sa, vs +8.0% mom ann. s.a. in September.” Bear in mind that this is data from the NBS so it’s exceedingly possible that the situation is actually far worse.

Finally, it appears that the plunge protection team may finally be out of dry powder (as we suggested weeks ago). “On Friday, there was little sign that government-run funds had stepped in to ease the selloff,” Bloomberg said, in the wake of the selloff. “While government intervention has typically showed up in the last hour of trading, the Shanghai Composite extended losses in the final 60 minutes to close near its lows of the day.”

Indeed, and the same goes for the bond market.

Then again, there may be another explanation for the lack of CSRC plunge protection: it’s possible everyone on the regulator’s “national team” has been thrown in jail.