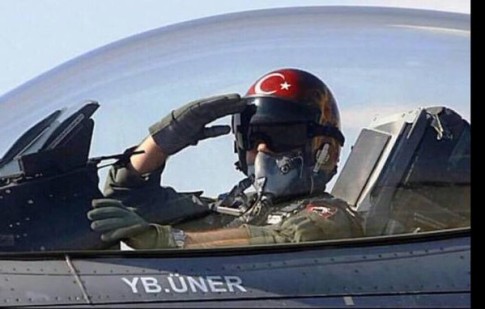 – Is Turkey Lying: Rescued Russian Pilot Says There Was No Warning Before F-16 Opened Fire:

The conflicting stories over yesterday’s dramatic downing of a Russian jet on the Syria-Turkish border continue to grow, and after the ongoing confusion whether the Russian pilot did or did not enter Turkish territory for a grand total of 17 seconds, moments ago Konstantin Murahtin, the co-pilot from the downed Russian jet who survived the ground fire by US-armed rebels unlike his pilot, and who was rescued by the Syrian army, said that contrary to official reports that Turkey had somehow warned the Russian jet “10 times” (in 17 seconds?) that it would fire, Turkey had in fact given no warning whatsoever before downing the Russian jet.

This is what he said, cited by Sputnik:

“There were no warnings. Not via the radio, not visually. There was no contact whatsoever. That’s why we were keeping our combat course as usual. You have to understand what the cruising speed of a bomber is compared to an F-16. If they wanted to warn us, they could have shown themselves by heading on a parallel course. But there was nothing. And the rocket hit our tail completely unexpectedly. We didn’t even see it in time to take evasive maneuvres.”

Murahtin shown in the photo below: 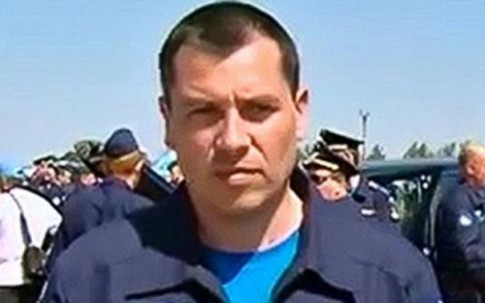 And here he is speaking to the Russian press with an English voiceover:

It would be quite easy to confirm or deny his allegation that Turkey is lying by simply checking the data from the plane’s Black Box, and alterantively, from the F-16 that was responsible for the downing of the Russian Su-24, who as shown on the photo below, is one  Yb. Uner: 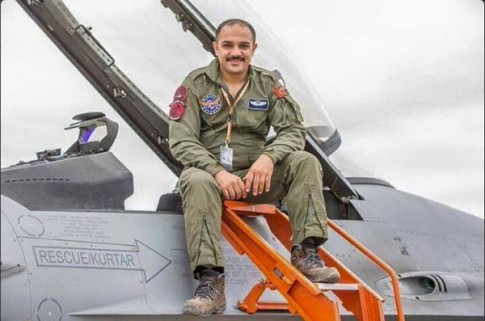 Murahtin also made it clear that he thought there was no violation of the Turkish airspace and added that the crew of the downed Russian bomber jet knew the area of the operation “like the back of their hands.”

The co-pilot added that he wants to continue serving in the Russian aviation group in Syria: “I can’t wait until I get the all-clear from the medics, so that I can step back into the ranks. I’m going to ask our command to keep me on this base — I have a debt to repay, for my commander.”

More in the RT report below:

The bottom line is that someone is lying, and while for now there has been no material escalation in tensions between Turkey and Russia, it is almost assured that Putin is now carefully plotting just what his next move should be, one which will likely include the missile cruiser by the Syrian coast and any Turkish fighter jets that stray into Syrian territory.

For now what Russia appears set on doing next is closing the Syrian border with Turkey. As earlier reported, Moscow backs the proposal of French President Francois Hollande to close the Turkish-Syrian border, Sergei Lavrov said.

“I think this is the right desicion. I hope President Hollande will tell us more about the issue tommorow. We would be ready to consider all measures that needed for this [closing the border]. By closing the border we will basically thwart the terrorist threat in Syria,” the minister said.

But Lavov was not finished. In a press conference earlier today, he first said that “Moscow is not avoiding contacts with Ankara” citing his phone conversation with the Turkish FM as proof.

He press on saying that “too many indicators showing terrorist threats have appeared on Turkish soil”, Russian Foreign Minister Sergei Lavrov said Wednesday.

“We cannot leave everything that has happened without a reaction not because we have to respond somehow, that’s not it. Actually there have been too many indicators on Turkish soil that show a direct terrorist threat to our citizens.”

“I think that now we will insist on not just a list of members of this group, but also agree on the overall understanding of the channels the terrorists use to get their feedlines and support.”

“We will somehow probably have to deal with certain countries so that this support ends,” Lavrov added.

It is quite clear just which “countries” the Russian minister was referring to, and it is safe to say the entire world is eagerly looking forward to see just what Russia’s ultimate decision will be.

1 thought on “Is Turkey Lying: Rescued Russian Pilot Says There Was No Warning Before F-16 Opened Fire”