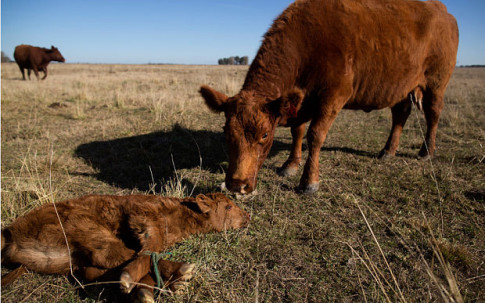 World’s largest cloning facility in China aims to produce a million cattle a year, along with other animals

The world’s biggest animal “cloning factory” is due to open in China, producing one million calves a year, sniffer dogs and even genetic copies of the family pet.

“The mortality rate remains equally high. Many of the animals which are born alive die in the first few weeks, and they die painfully. Should we allow that?”
Renate Sommer, European Parliament’s environment committee co-rapporteur

The £21 million “commercial” facility will edge the controversial science “closer to mainstream acceptance”, Chinese media said, following the development of a technique which began when Dolly the sheep became the first cloned mammal when she was born in Scotland in 1996.

The centre may cause alarm in Europe, where the cloning of animals for farming was banned in September due to animal welfare considerations.

But Xu Xiaochun, chairman of Chinese biotechnology company BoyaLife that is backing the facility, dismissed such concerns.

“Let me ask one question. Was this ban based on scientific rationale or ethical rationale or political agenda?” Mr Xu told The Telegraph.

“Legislation is always behind science. But in the area of cloning, I think we are going the wrong way and starting to kill the technology.”

Interest in agricultural biotechnology has been rapidly increasing in China, where farmers are struggling to provide enough beef for the country’s growing middle classes. Prices of the meat are said to have tripled from 2000 to 2013.

Mr Xu said his new facility will clone racehorses and a handful of dogs for people with “emotional ties” to their pets, but its main focus was producing cattle.

However, he appeared to be more excited about its ability to churn out sniffer dogs.

“The dog has to be smart and obedient, strong, sensitive,” he said. “That’s one in one hundred. You would normally have to look at a large number of dogs to find this one.”

The factory, which will include a 15,000 square metre laboratory, an animal centre, a gene bank and an exhibition hall, is currently being built in the port city of Tianjin, near Beijing, and is due to open in the first half of next year.

BoyaLife will operate the facility with its South Korean partner, Sooam Biotech, that runs a centre that can clone dogs for customers willing to pay $100,000 (£66,000), and has already produced more than 550 puppies.

Company head Hwang Woo-Suk was considered a national hero when he pioneered the world’s first cloned dog in 2005, but his research into creating human stem cells was found in 2006 to have been faked.