– In New Video, A Grateful Al-Qaeda Thanks US For Supplying Anti-Tank Missiles 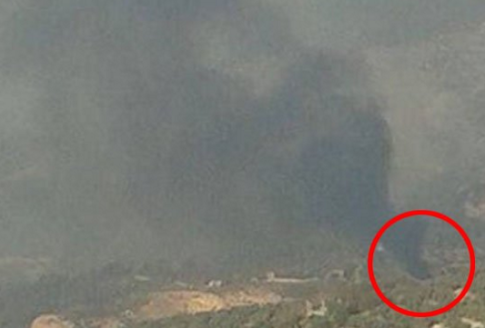 The news is coming fast and furious out of Syria on Tuesday where, earlier today, Turkey decided to shoot down a Russian Su-24 which Ankara says violated its airspace while conducting operations near the border.

Russia says the fighter jet was in Syrian airspace for the duration of the mission while Turkey insists that the plane crossed the border and was warned several times before being engaged by two F-16s.

For his part, Vladimir Putin has now called Turkey a “backstabber” on the way to accusing Ankara of funding ISIS and derailing the war on terror.

Meanwhile, the FSA which is aligned with al-Nusra and is backed and funded by the US and Turkey released two videos depicting its fighters celebrating over the body of a dead Russian pilot.

Just in case all of that wasn’t enough, the FSA now claims to have shot down a Russian helicopter as it searched for the two missing pilots.

And here’s The Telegraph:

In what appears to be a separate incident, another Syrian rebel group – the Free Syrian Army’s First Coastal Division – says it has destroyed a Russia helicopter on Turkmen Mountain, using a TOW anti-tank missile, writes Louisa Loveluck, Middle East Correspondent.

Pro-regime media outlets appear to have confirmed the report, suggesting that a Russian helicopter has been forced to make an emergency landing in government-controlled Latakia.

It was previously reported that Russian helicopters were trying to access the location where the first fighter bomber had crashed.

If the strike is confirmed, the TOW missile was most likely supplied through the same US and Turkey-backed logistics programme that has reportedly been supplying Alwiya al-Ashar.

The rebels’ usage of these American-made TOW missiles has increased over 800 per cent since Russia began air strikes against them at the end of September, slowing regime offensives across the country by destroying dozens of tanks and other armoured vehicles.

Do note: these are the exact same TOW missiles we discussed on Monday (see here) and that the US and the Saudis have been funneling to the FSA and its allies and that have been shared with al-Nusra. Here’s what we said just one day ago:

Obviously, this is the very definition of absurdity. It would be bad enough if the US were supplying TOWs to anyone in Syria. But this is Washington and Riyadh handing anti-tank missiles to forces that are firing them at the Iranians who are operating under cover of Russian airstrikes. Just to drive that home: the US is waging war against Iran and Russia with but one degree of separation.

If that doesn’t count as prescient we don’t know what does.

Do note that the helicopter incident is as yet unconfirmed and there are conflicting reports as to what happened, but if this is true, it confirms that US-backed forces supported by Ankara and Riyadh are now using weapons supplied by Washington to shoot down Russian aircraft. Of course they’ve already been using them to destroy Iranian troops.

Here’s a picture of the alleged crash site (again, unconfirmed): 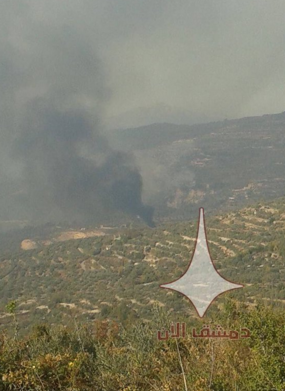