Back in September in “How Mario Draghi Can Force The Swiss National Bank To Go ‘Nuclear On Depositors,” we discussed the implications of the ECB’s (likely) decision to plunge further into NIRP-dom at the bank’s December meeting.

In short, DM central banks – with the possible exception of the Fed which is about to create a rather meaningful policy divergence with its core CB brethren – are in a proverbial race to bottom. It’s a beggar-thy-neighbor monetary policy regime and the more stubborn inflation expectations prove to be, the more aggressive the tit-for-tat easing, as everyone involved scrambles to protect their currency in the face of incessant competitive devaluations on all sides.

As we outlined in great detail in the post linked above, the ECB’s ultra dovish lean has the potential to create a lot of problems for the Riksbank, the Norges Bank, and the SNB.

Sweden is running out of options for a QE program that’s already broken once (see here and here) and although Stefan Ingves will probably tell you there’s more room to cut in the event Draghi moves on the depo rate, the Riksbank is already at -0.35 and the housing bubble has reached epic proportions. Of course staying on hold in the event of an ECB cut means the krona will soar and then, well, there goes any hope of hitting the elusive inflation target.

Norway, on the other hand, can’t even begin to think about QE because frankly, they’re too rich. That is, the Norges Bank wouldn’t have enough assets to buy without breaking the market pretty much immediately. That leaves rate cuts and to be sure, at +0.75 (yes, that’s right, not everyone is in NIRP), there’s probably a bit of breathing room there for Oeystein Olsen and he may need it come next month.

And then there’s the SNB which faces a unique problem. As Barclays noted a few months ago:

In other words, if the SNB feels boxed in – i.e. if we get excessive upward pressure on the franc in the face of an uber dovish Draghi – the Swiss could potentially remove all exemptions from negative rates. Here’s Barclays on what the likely outcome of such a decision would be:

As Deutsche Bank pointed out last month, “banks have not passed on negative policy rates to depositors. In none of the four economies are household deposit rates in negative territory, either for outstanding balances or new business.”

The reason banks haven’t passed on NIRP to depositors is essentially two-fold. First, banks want to avoid damaging customer relationships for as long as absolutely possible. Second – and more importantly – banks have found other ways to offset negative rates. Here’s Detusche again: “The SNB have noted that the consequence of introducing negative rates earlier this year was rising, not falling, mortgage rates as banks sought to protect falling liability margins by raising long-end rates. In a similar vein, Danish banks appeared to raise administration fees on new mortgages after rates first turned negative back in 2012.”

Well this can only go on for so long and sure enough, as AFP reports, “a tiny Swiss bank specialised in financing social and environmental projects will on January 1 go where no retail lender has gone before, applying negative interest rates on individual clients.” Here’s more:

The Alternative Bank Schweiz (ABS) caused shockwaves with a letter sent to all clients in mid-October informing them that it would begin imposing interest charges on deposits in 2016.

So far individual depositors have been shielded from the burn of decisions by several central banks, including Switzerland’s, to introduce negative interest rates to light a flame under growth or ward off unwanted currency investors.

ABS, which grew out of the ideals the 1960’s protest movement, justified the unprecedented development by saying it would provide manoeuvering room for financing “meaningful projects”.

The move did not go unnoticed in Swiss financial circles as banks in the wealthy Alpine nation search for ways to deal with the negative rates imposed on them by the central bank in January.

“This decision on negative rates is costing us a lot of money — pretty much the equivalent of our entire annual profit last year,” ABS chief Martin Rohner told AFP.

Who’s set to suffer you ask? Well, Greenpeace for one, and a whole host of other socially responsible companies. “Based in the central town of Olten, ABS counts the Swiss branch of environmental group Greenpeace and the Swiss Green Party among its founding organisations,” AFP continues, adding that “other projects it has backed include a youth circus and a company creating a new kind of electric bicycle.”

What’s the world coming to when central banks’ NIRP adventures mean youth circuses and green bicycle makers have to pay the bank interest on their deposits? 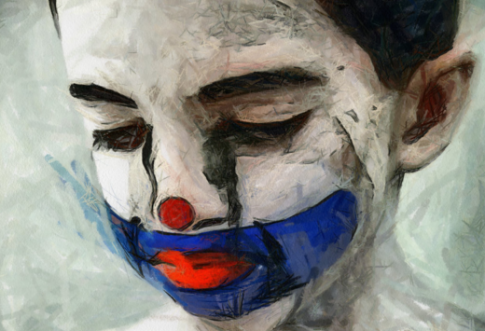 Anyway, it’s not about ABS’ individual clients (although we’re sure some readers will find it amusing that a socially responsible lender was the first bank to charge individual accounts for deposits), but rather what that lender’s decision means for depositors in NIRP countries as a whole, and on that note, we’ll close with one last quote from Rohner:

“Some of ABS’s clients had voiced fears the move would open the door for big banks to start applying negative rates on individuals.”