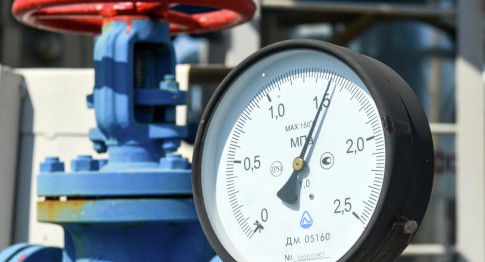 – Russia May Stop Gas Supplies to Ukraine in Two Days:

Kiev’s prepayment is sufficient to cover deliveries for a couple of days, Gazprom CEO noted.

“Volumes of the prepaid gas are running out. I think that they will be sufficient… for a couple of days or so,” Miller told journalists on the sidelines of the Gas Exporting Countries Forum summit in the Iranian capital.

“If the prepayment is not provided, then gas supplies to Ukraine will be stopped,” Miller stressed.

This is not the first time that Kiev falls behind on gas payments to Russia. Its state gas company Gazprom estimates that Ukraine’s energy major Naftogaz owes it $256.5 million in arrears for gas delivered to southeastern Ukraine for 2015, according to the company’s financial report published last week.Moscow renewed gas deliveries to Ukraine after receiving $234 million in prepayment out of the agreed $500 from Naftogaz.

In September, Russia, Ukraine and the European Commission initiated a winter package deal for supplies during the peak consumption period between October 1, 2015 and March 31, 2016. It will ensure the delivery of 2 billion cubic meters of gas to Ukraine’s underground storage at discounted prices.