– In New Video, A Grateful Al-Qaeda Thanks US For Supplying Anti-Tank Missiles:

On September 30, just hours after a three star Russian general strolled into the US embassy in Baghdad and told the staff to inform Washington that Moscow would begin airstrikes in Syria “in one hour”, the Western media was alive with accusations that The Kremlin wasn’t targeting ISIS, but rather other, US and Saudi-backed rebel groups fighting Assad’s depleted SAA. Here’s what WSJ said at the time:

“Among seven areas that Syrian state media listed as targets of Russian strikes, only one—an area east of the town of Salamiyah in Hama province—has a known presence of Islamic State fighters. The other areas listed are largely dominated by moderate rebel factions or Islamist groups, such as Ahrar al-Sham and the al Qaeda-affiliated Nusra Front.”

Yes, “moderate rebel factions such as the al-Qaeda-affiliated Nusra Front.”

Put simply, the US had become so desperate to preserve whatever was left of the strategy to overthrow Assad, that Washington had the mainstream media floating trial balloons to see if the public would accept the characterization of al-Qaeda as “moderate.”

Generally speaking, most Americans didn’t notice, presumably because they were too busy ogling at Russian fighter jets and/or Islamic State’s latest Hollywood special (which at the time was a clip of an SAA fighter being run over by a tank), but for anyone who did pick up on the fact that the mainstream US media had just officially (and posthumously) labeled Osama Bin Laden a “moderate”, the farce was complete.

To anyone who frequents these pages – and to anyone who has endeavored to question the official narrative – the fact that the US now counts al-Nusra as a de facto ally came as no surprise. The Saudis and Qatar have backed al-Nusra virtually from the beginning, and the US is all for anything that destabilizes Assad, even if it means funneling guns and money to the very same group that flew passenger jets into skyscrapers on American soil. And let’s not forget that this wouldn’t be the first time Washington has backed al-Qaeda. The US has had lots of practice in getting arms to the Mujahideen – see the Soviet-Afghan war, for example.

None of this is a secret, which is what makes it so astonishing that the Western public is largely clueless despite the efforts of people like Hawaii congresswoman Tulsi Gabbard and Georgia Republican Austin Scott.

Of course Washington isn’t as vocal in its support of al-Nusra as it is in its enthusiasm for the “moderate” opposition group of choice, the Free Syrian Army. As we’ve documented extensively, the FSA has received anti-tank weapons from The Pentagon over the past two months so that they may counter the advance on Aleppo by Hezbollah and the IRGC. Given that the very same Iran-backed Shiite militias the FSA is fighting in Syria are also fighting ISIS in Iraq, the fact that the US is supplying the FSA with weapons to kill them is nothing short of ridiculous. Here’s how we described the situation last month:

The US is now supplying anti-tank weapons and other munitions to the rebels fighting in Aleppo and those weapons are being used to kill these very same Shiite militiamen who are driving US tanks, fighting alongside the Iraqi army, and indirectly receiving US assistance just across the border in Iraq.

So thanks to Washington’s twisted foreign policy, they are friends on one side of the Syria-Iraq border and mortal enemies on the other.

Well now, in what can only be described as an embarrassment of truly epic proportions, al-Qaeda has released a video thanking the FSA for supplying al-Nusra with American-made TOWs. Here’s Sputnik:

The Al-Nusra Front, Al-Qaeda’s affiliate in Syria, has released a grateful video, where they openly thank the Free Syrian Army (FSA), which the US has touted as a “moderate opposition group”, for supplying them with US-made anti-tank TOW missiles (“Tube-launched, Optically tracked, Wire-guided”). 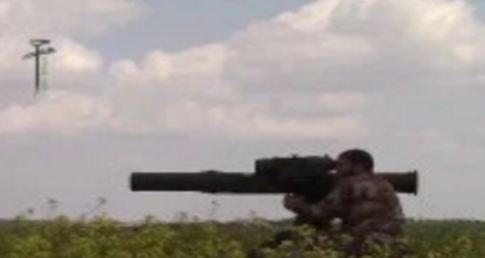 A recently released video shows an Al-Nusra Front field commander thanking the FSA commanders for giving his forces TOW missiles, according to a report released by the Iranian news agency FARS.

The agency reminds readers that the two groups, the Al-Nusra and the FSA, formed an alliance in March, the Army of Conquest, or Jaish al-Fatah in Arabic, to fight against the forces of President Assad.

Since then, they have fought together “at almost every single battle in Aleppo, Lattakia, Hama, and Idlib Governorates of Syria.” 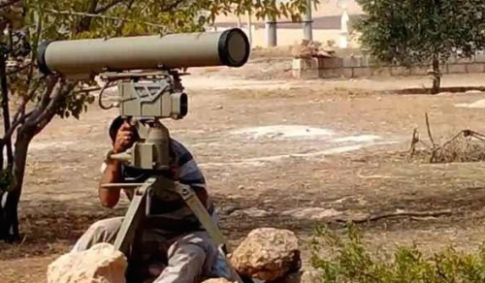 Through this alliance several militant groups like the Al-Nusra Front and the Ahrar al-Sham movement have been given access to FSA’s US-made heavy weaponry, which has been supplied to the militant group by the US, Saudi Arabia and Qatar.

Obviously, this is the very definition of absurdity. It would be bad enough if the US were supplying TOWs to anyone in Syria. But this is Washington and Riyadh handing anti-tank missiles to forces that are firing them at the Iranians who are operating under cover of Russian airstrikes. Just to drive that home: the US is waging war against Iran and Russia with but one degree of separation.

But as mentioned above, this is also ridiculous because The Pentagon is killing the same people in Syria that the US-trained Iraqi army depends on to rout ISIS across the border in Iraq. And when we say “the same people”, we mean the exact same Shiite militias. Every Iran-backed militiaman that’s killed in Syria by a US-made weapon is one less militiaman that will return to Iraq to fight ISIS, which is of course fine with Saudi Arabia and Qatar because they’re opposed to Iranian influence in Baghdad in the first place.

Finally, the idea that the US is fighting al-Nusra in Syria is not only untrue, it’s actually the complete opposite of what’s really going on on the ground.

Hopefully no one from al-Qaeda ends up firing a TOW at a Paris cafe.