So – much like The Fed, it appears Belgian officials find themselves trapped at the lower bound of liberty and freedom and higher bound of terror and fearmongery.

As we detailed earlier,

On Saturday, police and other security personnel instituted what amounts to a military lockdown of Brussels amid a “serious and imminent” terror threat.

The government’s crisis center advised the public to “avoid places where a lot of people come together like shopping centers, concerts, events or public transport stations wherever possible.” The metro was closed, bus drivers refused to work, and local authorities were encouraged to cancel large events. Soldiers and police carrying assault rifles patrolled the streets where military vehicles were parked and for all intents and purposes, residents were told to simply stay inside.

Belgian Interior Minister Jan Jambon told reporters he wanted a register of everyone living in Molenbeek because it was not clear at present who was there, with authorities conducting door-to-door checks of every house. “The local administration should knock on every door and ask who really lives there,” Jambon said. Here’s what Jambon had to say on Sunday: “There are several suspects, that’s why we have put in place such a concentration of resources. We are following the situation minute by minute. There’s is no point in hiding that there is a real threat, but we are doing everything we can, day and night, to counter this situation,”

Saturday came and went without incident, but apparently, Brussels isn’t out of the woods yet. The terror threat level remained at 4 – the highest – on Sunday and the warzone like conditions may extend into the work week.

Authorities are apparently searching for “two men” who officials say pose an imminent threat to the public. “There are two terrorists in the Brussels region that could commit very dangerous acts,” Schaerbeek Mayor Bernard Clerfayt told Belgian media on Sunday.

As The Telegraph reports, “the national security council, including top ministers, was expected to convene on Sunday afternoon to determine what measures to take or retain,” while it’s possible schools could be closed on Monday.

Just in case the public wasn’t worried enough, “a terror suspect” linked to Jihadi John has apparently “evaded” British intelligence and escaped to Brussels where authorities fear he may have linked up with an Abdelhamid Abaaoud cell. The suspect, who authorities are calling “CF”, “was under surveillance when he slipped the security net and escaped in the back of a lorry,” The Telegraph says, adding that “he is known to have arrived in Brussels where he tried to obtain a false British passport.” CF is “seeking to harm the public on a wide and terrifying scale,” a judge says.

Here are the latest images out of Brussels: 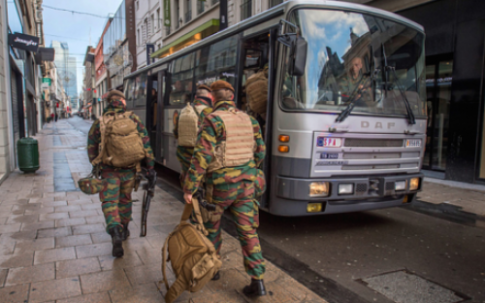 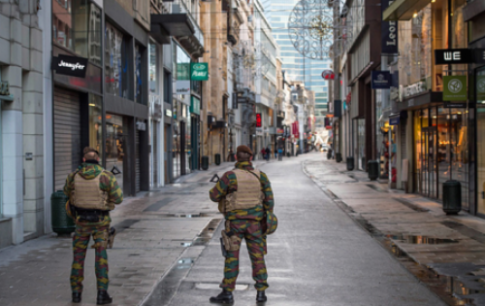 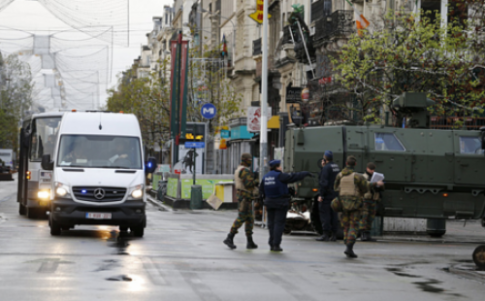 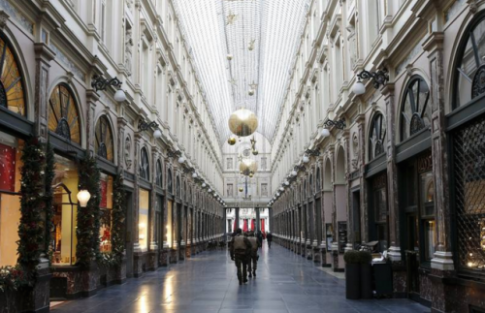 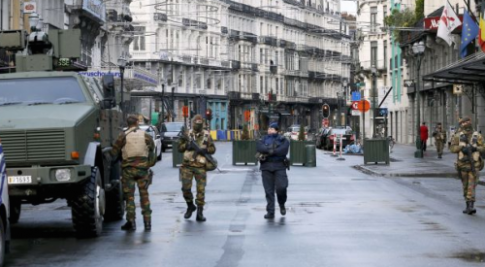 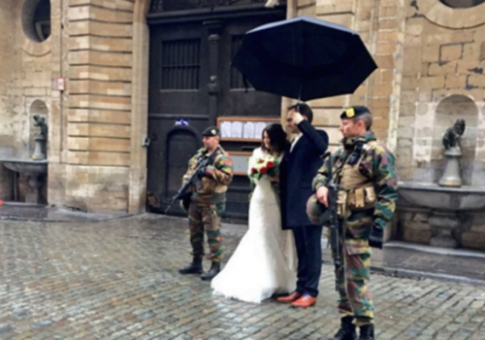 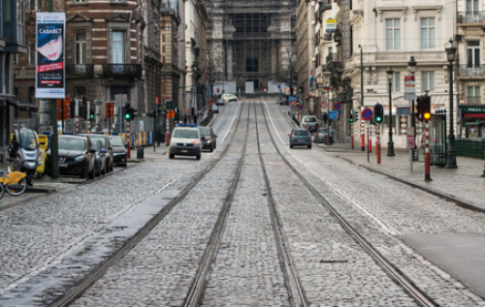 “Shelter in place and remain at home. If you were planning to attend an event, we strongly urge you to reconsider,” the US Embassy in Brussels advised Americans living in or visiting the city.

“Unfortunately, it’s a threat that goes beyond just that individual,” Jabon added, referring to Paris suspect Salah Abdeslam. “One big test will be whether the metro system starts running again Monday morning, when many of the capital’s more than one million inhabitants depend on public transport to get to work,” WSJ notes.

So, the terror marathon continues unabated and as you might have heard overnight, there were conflicting reports on Saturday regarding whether Anonymous (who decided last week to launch a cyber war against ISIS) had leaked a list of targets terrorists intended to strike on Sunday. The top Anonymous Twitter feed denied that the “intel” emanated from the group, but authorities took it seriously enough that the FBI weighed in.

In any event, Belgian Prime Minister Charles Michel wants you to know that despite the troops in the streets, the city-wide lockdown, and the government’s advice to remain indoors, nobody should be “panic-stricken.” Rather, Belgians should just “be alert.”