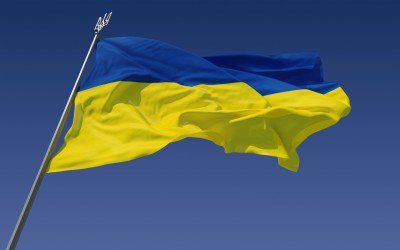 – Ukraine Debt Owed to Russia: Prime Minister Yatsenyuk: “We Will Not Pay the Aggressor State our $3 Billion Debt”:

Kiev will not pay Russia the $3 billion debt owed to it, unless other conditions of the restructuring are applied. This was stated by Arseniy Yatsenyuk.

“I said to other lenders there are other conditions to be met or you will not receive the debt. The basic condition is reducing debt by 20%, the transfer of all debts of four years. If you do not like this, then you will receive the decision of the government of Ukraine via a moratorium on paying Russia the $3 billion. It is very easy to explain to our neighbours and the aggressor state: we will not pay $3 billion “,— quotes “RIA Novosti” citing the Prime Minister of Ukraine

The Minister of Finance of Ukraine Natalia Jaresko allowed for the possibility of default of Ukraine in case of non-payment of this debt. “If we don’t make the payment — Yes. But I think that it is too early to think about what we will do, what they will do… It will be speculation and with ours and their party, we are prepared for all possible”, — said earlier the head of the Ukrainian Ministry of Finance. She also said the reason why Kiev refuses to pay its obligations: Expenditures of Ukraine is limited to the program of the International monetary Fund, adding that the IMF is ready to help Kiev to pay the debt Moscow.

Jaresko has also expressed its readiness to negotiate this matter with the Minister of Finance of Russia, Anton Siluanov. Earlier it became known that the American rating Agency Fitch downgraded the Issuing rating of Kiev in foreign currency to default level D. The Reason given in the press release published on the Agency’s website: the city has not made a regular payment on Eurobonds to the amount of 250 million euros. Meanwhile, Russia is now looking at ways of blocking the next tranche of IMF to Ukraine if Kiev will still allow a default, says Bloomberg. Siluanov had previously reported that Moscow may exercise its right to a sovereign borrower, and to require the Foundation to declare invalid a financing program for Ukraine, reports RIA Novosti.

Earlier Vladimir Putin at the G20 summit in Antalya said that Russia is ready to provide a three-year delay Ukraine’s debt payment of $3 billion if the U.S., the EU or the international monetary Fund (IMF) agrees to provide guarantees for the full payment thereof.

On 13 November, Ukraine completed the restructuring part of the debt, which affected securities to $ 15 billion, of which $ 3 billion was written off. Russia did not participate in the restructuring, as they believed Ukrainian debt to be sovereign and not commercial.

Moscow offered Kiev to restructure the debt of $ 3 billion, allowing it to repay $1 billion in 2016-2018, subject to the provision of guarantees for it from the authorities of the United States or the EU, or one of the international financial institutions.

2 thoughts on “Ukraine Debt Owed to Russia: Prime Minister Yatsenyuk: “We Will Not Pay the Aggressor State our $3 Billion Debt””