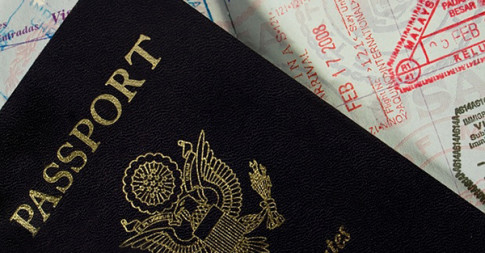 Sometimes you just have to stand in awe at the level of corruption and incompetence in government.

Case in point, the new highway bill in the Land of the Free. And, trust me, you’ll love this.

The latest version of the highway bill is called the “Developing a Reliable and Innovative Vision for the Economy Act.”

And yes, they abbreviate it as the DRIVE Act.

I cannot even begin to imagine how large the team of monkeys is that works on these silly acronyms. And as is typical for legislation, the more high sounding the name of the law, the more destructive its consequences.

On the surface, the DRIVE Act aims to fund the federal transportation network and investments in highway infrastructure for the next several years, as well as recapitalize the Highway Trust Fund.

Federal trust funds are supposed to responsibly and conservatively manage money that has been set aside for a specific purpose to benefit taxpayers.

There are so many of these trust funds. There are the big ones like Social Security’s “Old Age Survivor’s Insurance” and “Disability Insurance” (which is literally days away from running out of money).

And there are many more you’ve probably never heard about, like the “Black Lung” trust fund and the “Leaking Underground Storage Tank” trust fund.

Most of these funds are insolvent, or at least pitifully undercapitalized, clearly proving the government to be one of the worst asset managers in history.

The Highway Trust Fund is no exception: it has completely run out of money, and at this point literally has a ZERO account balance. The DRIVE Act intends to fix that.

And even though it has nothing to do with funding highways, the bill also aims to re-authorize the Export-Import Bank.

The Ex-Im Bank was created during the Great Depression and is designed to facilitate trade. That’s code for ‘boost the profits of Boeing and General Electric.’

Even the government’s own Congressional Research Service found that “more than 60% of Ex-Im Bank’s loan guarantees, by dollar value, supported the sale of Boeing airplanes in foreign countries”.

Ex-Im is essentially a gift on a golden platter from the taxpayers of the United States to a handful of mega-companies.

The Bank’s charter lapsed earlier this year. But rather than let it die, they’re jumpstarting Ex-Im with even more taxpayer money.

Clearly the government needs cash. They need to fund Ex-Im, the Highway Trust Fund, and all the improvements for America’s dilapidated infrastructure.

And their solutions to address this cash crunch are nothing short of remarkable.

For example, they plan to steal $300 million from the Leaking Underground Storage Tank trust fund (LUST… yes, that’s really what they call it), and transfer that money to the Highway Fund.

One of my favorite sections in the bill is a directive to sell off 100+ million barrels of oil from the Strategic Petroleum Reserve.

Only a politician could think to sell off oil supplies at a time when oil price is at multi-year lows.

(It also really gives you a sense of how broke the government really is that they’re driven raise cash by selling off strategic assets.)

Another gem buried in the 864 pages of the bill is a provision that allows the government to revoke your passport if they believe that you owe more than $50,000 in federal tax.

There will be no judicial review, and no due process. You don’t get to go in front of a judge first to have a fair and impartial hearing over whether or not the government’s tax allegations are accurate.

The language in the law is very clear: they can simply revoke your passport if you owe them money in their sole discretion.

Once the law is passed, this would go into effect on January 1, 2016, and they claim it will generate $40 million per year in tax revenue.

There was one more provision that proposed raising revenue from the biggest banks in America by reducing the dividend they receive from the Federal Reserve.

Curiously, though, this specific provision was defeated yesterday after a heated committee meeting in Congress.

So while the banks’ profits are off-limits, and the government will spend billions of taxpayer dollars to boost profits at Boeing, American citizens are threatened with having their passports revoked in order to raise money.

It couldn’t be any more obvious how much the system is stacked against the little guy.

They treat you like a dairy cow that exists only to be milked dry… like a medieval serf tied to the land and forced to serve his overlords.

It’s revolting. But it doesn’t have to be this way.

You can take sensible, rational steps to divorce yourself from this madness, or at least have a Plan B to protect yourself from it.

If the government is threatening to take away your passport, for example, there are countless ways you can obtain another one from a country that will roll out the red carpet for you.

If you’re sick and tired of having your income confiscated so that you can bail out big companies, there are completely legal steps you can take to reduce what you owe.

It’s hard to imagine you’ll be worse off being more free and having more control over your life and finances.