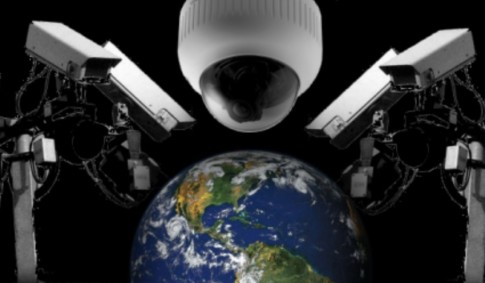 Last week, the British Prime Minister told Parliament that he wants to “ensure that terrorists do not have a safe space in which to communicate.”

Strong encryption refers to the act of scrambling data in such a way that it cannot be understood by anyone without the correct key or password — even law enforcement with a warrant, or the software manufacturer itself. It’s used in some of the most popular tech products in the world, including the iPhone, WhatsApp messenger, and Facebook.

A highly respected cryptographer and security expert is warning that David Cameron’s proposed ban on strong encryption threatens to “destroy the internet.”

You didn’t think the surveillance state would give up that easily did you? Of course not.

Unsurprisingly, fresh off the heels of the Paris terror attacks, the usual authoritarian suspects in the U.S. government are running around exploiting the tragedy in a bid to further erode privacy and civil liberties.

The bloodshed in Paris led U.S. officials Monday to renew calls for limits on technology that prevents governments from spying on phone conversations, text messages and e-mails.

Senator Dianne Feinstein, a California Democrat, said she asked Silicon Valley companies to help law enforcement and intelligence agencies access communications that have been encrypted — or scrambled to evade surveillance — if terrorists are using the tools to plan attacks.

“I have asked for help. And I haven’t gotten any help,” Feinstein said Monday in an interview with MSNBC. “If you create a product that allows evil monsters to communicate in this way, to behead children, to strike innocents, whether it’s at a game in a stadium, in a small restaurant in Paris, take down an airliner, that’s a big problem.”

This woman has absolutely no shame whatsoever.

Brennan said he hopes the Paris attacks will serve as “a wake-up call” for European governments who have been critical of spy programs.

Yes, wake up and give up your freedoms before the terrorists have a chance to take them. That’ll show ’em.

Investigators in France are still piecing together how three coordinated teams of gunmen and suicide bombers managed to create carnage in one of Europe’s most heavily policed cities. So far, five of the seven assailants who died have been identified — four of them French citizens, and one believed to be a Syrian who entered Europe as an asylum-seeker.

U.S. Attorney General Loretta Lynch has said that terrorists are using encryption to communicate — on everything from apps to gaming systems. Last week, Belgium’s deputy prime minister said that “the most difficult communication between these terrorists is via PlayStation 4.”

Players using Sony’s popular gaming system can communicate via direct messages or by voice. A Buzzfeed story said that players, who can be located anywhere in the world, have found even more elaborate ways to communicate, including using “weapons during a game to send a spray of bullets onto a wall, spelling out whole sentences to each other.”

So people are spraying messages to each other in video games, and we’re supposed to believe the threat can be countered by getting access to everyone’s What’s App messages.

New York City Police Commissioner William Bratton on Monday called on technology companies to help investigators, although he didn’t specify exactly how. Technology has been “purposefully designed by our manufactures so that even they claim they cannot get into their own devices after they’ve built them,” Bratton said on MSNBC.

“They need to work with us right now,” Bratton said. “In many respects, they’re working against us.”

Senator John McCain, an Arizona Republican and chairman of the Senate Armed Services Committee, said on MSNBC Monday that “it’s time we had another key that would be kept safe and only revealed by means of a court order.”

“Any attempt to mandate back doors or prohibit the technology altogether would basically amount to trying to outlaw math, and any attempt to do so will fail to make us safer against terrorism, while making us all much less safe online and also threatening our digital economy,” said Kevin Bankston, director of the New America Foundation’s Open Technology Institute, in an e-mail.

“In the end, we can hurt ourselves much more than the terrorists can hurt us,” Bankston said. “Indeed, that’s their entire strategy — to make us injure ourselves, our political values, our economies, our security — in our attempt to injure them.”

Indeed, and we seem intent on continuing to hurt ourselves as much as we possibly can.

Meet the Institution Most Intent on Destroying American Freedom – (*Hint: It’s Not ISIS)