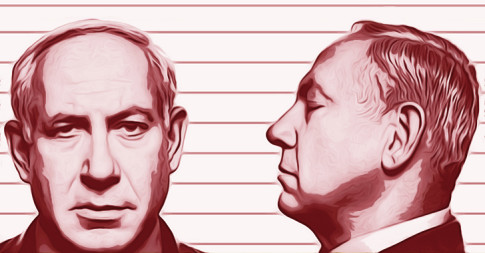 – Benjamin Netanyahu Will Be Arrested If He Ever Sets Foot In Spain Again:

Should Israeli Prime Minister Benjamin Netanyahu ever set foot inside Spain, he – and six other current and former Israeli government officials – would be subject to arrest, thanks to a Spanish judge who effectively issued an arrest warrant for the group late last week.

As to be expected, the Israeli Foreign Ministry was less than thrilled, as spokesperson Emmanuel Nachshon responded, according to The Jerusalem Post, “We consider [the judge’s order] to be a provocation. We are working with the Spanish authorities to get it canceled. We hope it will be over soon.”

At the heart of the matter for Spanish National Court Judge José de la Mata — and humanitarians worldwide — lies the 2010 attack by Israeli commandos on the civilian humanitarian ship, the Mavi Marmara, one of six vessels, carrying around 500 passengers total, in the Gaza Freedom Flotilla.

The fleet was attempting to break through the Israeli blockade of Gaza to deliver humanitarian aid and construction materials on a small yet necessary scale, when the Mavi Marmara was attacked by Israeli security forces — commandos — who boarded and then shot and killed nine activists. A tenth activist died from injuries sustained during the raid — which occurred in international waters — after spending four years in a coma.

In July, the International Criminal Court harshly criticized Gambian-born prosecutor Fatou Bensouda for failure to re-open the Mavi Marmara case despite a “reasonable basis” to believe war crimes had been committed. As the ICC judges stated,

“The prosecutor should have accepted that live fire may have been used prior to the boarding of the Mavi Marmara, and drawn the appropriate inferences. This fact . . . may reasonably suggest that there was, on the part of the IDF [Israel Defense Forces] who carried out the identified crimes, a prior intention to attack and possibly kill passengers on board.”

A UN Human Rights Council investigation into the raid found “clear evidence to support prosecutions” of war crimes under the Geneva Conventions based on willful killing, torture, or inhuman treatment, and willfully causing great suffering or serious injury to body or health. Youngest of the victims, 18-year-old Furkan Dogan, had been shot five times, including one shot to his face as he lay on his back, the UNHCR report concluded.

Though Netanyahu claimed at the time IDF forces had been attacked by the activists and thus acted in self-defense, the investigation found no medical evidence to substantiate that story. In fact, the UNHCR went a step further — echoing human rights organizations and activists worldwide — calling Israel’s blockade of the Gaza Strip “totally intolerable and unacceptable in the 21st century.”