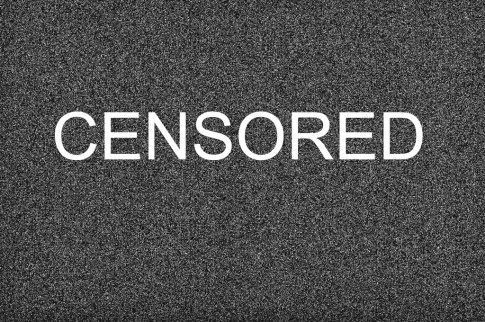 Hard left authoritarians at Amherst College have issued a series of demands, under the threat of civil disobedience, that include the complete end of free speech on campus as well as extensive re-education for offenders.

The demands, issued in support of the so-called uprising at the University of Missouri, read like a literal fascist manifesto and are conclusive proof that the mainstream media supported protests at multiple colleges over the last few weeks are not about racial equality but rather are about totally and completely shutting down the speech of anyone who disagrees with the opinions of the protesters.

The fact that the group is attempting to get the President of a major university to sign off on re-education classes and punishment for anyone who speaks about free speech or says all lives matter is a startling reminder of the extreme authoritarianism that runs through the veins of the college hard left.

Here are the demands. Take note of the outright fascism.

We, Students of Amherst College, refuse to accept the negative social climate created towards our peers of color and other marginalized groups. We have begun this movement, Amherst Uprising, in an effort to change the status quo for a more just and inclusive environment within our campus. We demand that Amherst become a leader in the fight to promote a better social climate towards individuals who have been systematically oppressed. Student leaders acknowledge and support the demands previously stated and currently being presented. Furthermore, we demand the College acknowledge its ethical and moral responsibilities as an institution and community of our world. Amherst College should not be complicit in oppressive organizations and systems, no less.

We as a compassionate student body have gathered to address the legacy of oppression on campus. If these goals are not initiated within the next 24 to 48 hours, and completed by November 18th, we will organize and respond in a radical manner, through civil disobedience. If there is a continued failure to meet our demands, it will result in an escalation of our response.

1.    President Martin must issue a statement of apology to students, alumni and former students, faculty, administration and staff who have been victims of several injustices including but not limited to our institutional legacy of white supremacy, colonialism, anti-black racism, anti-Latinx racism, anti-Native American racism, anti-Native/ indigenous racism, anti-Asian racism, anti-Middle Eastern racism, heterosexism, cis-sexism, xenophobia, anti-Semitism, ableism, mental health stigma, and classism. Also include that marginalized communities and their allies should feel safe at Amherst College.

2.    We demand Cullen Murphy ‘74, Chairman of the Board of Trustees, to issue a statement of apology to students, alumni and former students, faculty, administration, and staff who have been victims of several injustices including but not limited to our institutional legacy of white supremacy, colonialism, anti-black racism, anti-Latinx racism, anti-Native American racism, anti-Native/ indigenous racism, anti-Asian racism, anti-Middle Eastern racism, heterosexism, cis-sexism, xenophobia, anti-Semitism, ableism, mental health stigma, and classism

3.     Amherst College Police Department must issue a statement of protection and defense from any form of violence, threats, or retaliation of any kind resulting from this movement.

4.   President Martin must issue a statement of apology to faculty, staff and administrators of color as well as their allies, neither of whom were provided a safe space for them to thrive while at Amherst College.

5.    President Martin must issue a statement to the Amherst College community at large that states we do not tolerate the actions of student(s) who posted the “All Lives Matter” posters, and the “Free Speech” posters that stated that “in memoriam of the true victim of the Missouri Protests: Free Speech.” Also let the student body know that it was racially insensitive to the students of color on our college campus and beyond who are victim to racial harassment and death threats; alert them that Student Affairs may require them to go through the Disciplinary Process if a formal complaint is filed, and that they will be required to attend extensive training for racial and cultural competency.

6.     President Martin must issue a statement of support for the revision of the Honor Code to reflect a zero-tolerance policy for racial insensitivity and hate speech.

7.     President Martin must release a statement by Friday, November 13th, 2015 by 5:00pm that condemns the inherent racist nature of the unofficial mascot, the Lord Jeff, and circulate it to the student body, faculty, alumni, and Board of Trustees. This will be followed up by the encouraged removal of all imagery including but not limited to apparel, memorabilia, facilities, etc. for Amherst College and all of its affiliates via a phasing out process within the next year.

8.     Dean Epstein must ask faculty to excuse all students from all 5 College classes, work shifts, and assignments from November 12th, 2015 to November 13th, 2015 given their organization of and attendance at the Sit-In.

9.     Do not threaten the jobs of the faculty, staff, or administrators that support our list of demands. Such threats will result in an escalation of our response.

10.   The Office of Alumni and Parent Programs must send former students an email of current events on campus including a statement that Amherst College does not condone any racist or culturally insensitive reactions to this information.

11.   Dean Epstein must encourage faculty to provide a space for students to discuss this week’s events during class time.

Please acknowledge that all of these statements of apology are not the end all – that they are only a part of short-term healing and by no means achieve all of the goals we will set forth. We are in the process of finalizing long-term goals which we hope to collaborate on regularly with all members of the community.

While most of the demands are ludicrous in their own right, demand number five literally calls for punishing students who want all lives to matter and who displayed this horrific flyer on campus.

There you have it. The demands of the “Amherst Uprising” include literally disciplining and then reeducating students for speaking out in support of free speech.

There is simply no middle ground here. You are either an outright fascist who wants to institute a kind of leftist thought police on college campuses or you are fighting against this.

Leftist news outlets such as Salon have spent the last week publishing article after article about how the student protests are not about censorship, claims that we now know to be transparent lies. Any organization or person that gets behind these demands must be exposed. This is not the time to play nice.