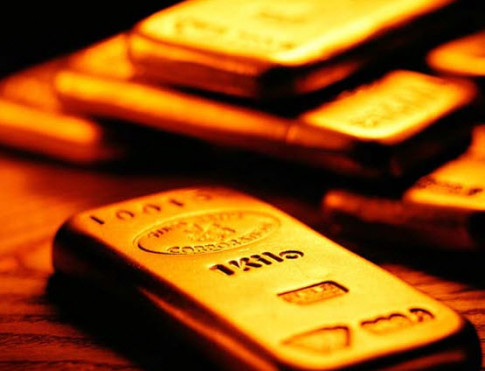 – About 38% Of All The COMEX Gold In Hong Kong Left The Warehouses Yesterday: 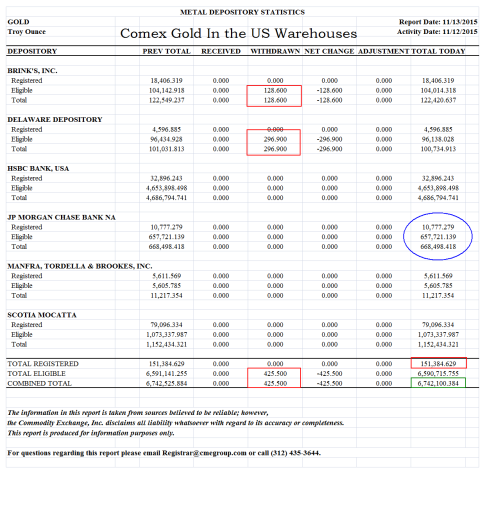 To put that into some perspective, that is the same amount of all gold in the entire JPM warehouse in the US.

Now compared to the Comex US, in which very little gold bullion actually changes hands or goes anywhere, that is a huge number.  But Hong Kong is typically seeing large inflows and outflows of gold.  Because that is how the precious metals market has been manifesting in Asia since about 2007: not with endless chains of paper just changing hands in a grand game of liar’s poker, but with the physical exchange of bullion.

And most of that bullion leaves the warehouse and does not come right back, as Koos Jansen has explained repeatedly about the operations on the Shanghai Gold Exchange.  It is being accumulated on the mainland, and this probably does not include the PBOC official purchases.

The point of this is that the price discovery in New York is becoming increasingly distinct from the actual physical supply and demand flows of bullion which are taking place in Asia.  As I have said, gold is ‘trading like a modern currency’ without respect to its nature as a commodity bound by physical supply.  The Fed et al. can print money, but they cannot print bullion.  That is the point of it.

And that is a potentially dangerous development, especially with respect to a commodity that is being traded at a leverage in excess of 200:1.  And in the face of shrinking inventories of gold available for delivery at current prices in both New York and London.

I have put the most recent report for all the US warehouses registered with Comex below that of Hong Kong.

As the Comex told Kyle Bass, ‘price’ will take care of any imbalances.  Yes, just as smoothly and seamlessly as it did when the price of highly levered and risky paper corrected back to reality in 2008.  Ba-boom!

Are you kidding me? That is what Kyle Bass said, not me.  “Just give me the gold.”

And if people should choose to stand for physical delivery given the relative scarcity, how much of a price adjustment might be required if they could even find any to be had without an onerous delay and in sufficient numbers?

How many people, once again, are going to be allowed to walk blindly into another financial buzz saw caused by reckless gambling on Wall Street?   Are we willing to repeat the folly of MF Global on a grand scale?  Will the rest of the world be so cowed by the Banks as its investors?