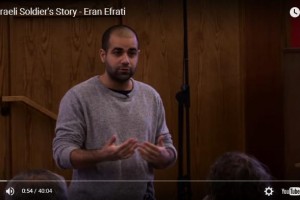 – Why in the name of God are London’s Police traveling to Israel?:

JUST GET A LOAD OF THIS: A few years ago a traitor of the very highest order named Michael Chertoff decided the US police force needed advice & training from none other than the Israeli IDF, in other words cowardly thugs that brutalise & murder unarmed civilians! Naturally, being Zionist controlled, no one in the US media questioned this decision. Would it have been so inappropriate to ask –

What earthly reason does our Police force need advice from the Israelis?

Worse still, not only are these crazy decisions being made, what’s crucial is they’re being made on the quiet. Moreover, they’re exists a policy across the whole media spectrum so that under no circumstances the Israeli connection is ever mentioned. The US police are doing whatever they’re doing & it has nothing to do with Israel!

So what am I supposed to say when upon receiving this ‘training’ there occurred a horrendous spike in indiscriminate Police killings of unarmed US civilians? I’m not imagining this am I? Or perhaps I’m anti-Semitic? You think what you like because I don’t give a damn. I know what’s going & the whole thing stinks. At the end of the day, this year alone, this modification of US Police tactics, whether you like it or not, has resulted in almost 1000 deaths at the hand of the very people who took an oath to serve & protect! 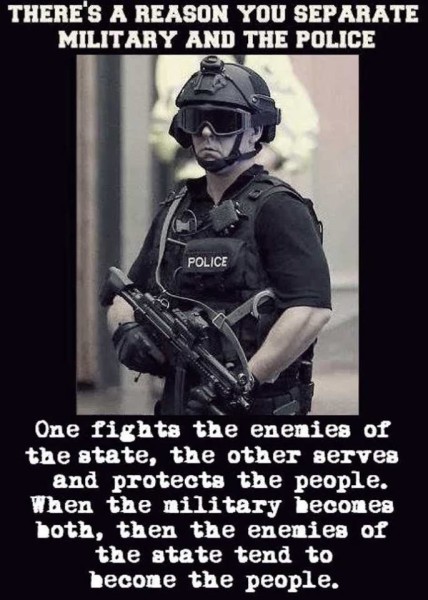 So I ask you – if we had an independent media how quickly would we have seen hell on earth brought down on those who’d made the decision to utilise the services of the IDF? In no time they should or would have faced criminal proceedings. This is why I say the media is complicit for instead of asking patently obvious questions about the outrageous behavior of US Police & the hair-brained decision to seek advice from Israeli butchers, not only has none of this ever been mentioned, if anything the US media is doing all it can to ignite civil unrest. I’ll say this – I never arrived at this conclusion overnight. When I first heard about the US Police going over to Israel it was just a question of putting 2 +2 together. And now today I’ve just heard our UK Police force IS GOING TO DO THE SAME THING? The Metropolitan Police was founded by Sir Robert Peel in 1832 yet it is going to seek advice from a country that was founded in 1948 & in the relatively short period since has managed to break more international laws than any country on the planet………. I mean, can people not see what’s going on here? To say I don’t like what’s happening is a chronic understatement. What worries me is so few people out there realise what’s actually going on & the dangers involved. And look what it says in the 3rd paragraph of the link –

The Metropolitan Police will not reveal the purpose of the trips to Israel or the rank of the staff that travelled. A reason given for withholding the information is that it would “have the effect of compromising law enforcement tactics and strategies ”. However, If the Metropolitan Police are learning inappropriate tactics and strategy to use on London civilians then, it is for that very reason, that this information should be released into the public domain.

“Your Police are being trained by the Israeli Army to defeat and control their enemy, and when your police come back, you become their enemy” 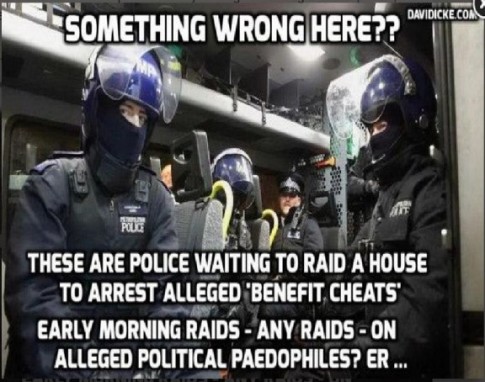 In the six month period from 1st March 2014 to 31st August 2014, Eighty of London’s Metropolitan Police staff traveled to Israel. This period coincides with Operation Protective Edge, the recent bombardment and massacre of of over 2000 Palestinians in Gaza.

Recently it was revealed that the Israeli army is systematically training US police forced in tactics and strategy developed as an occupying army. Has the same or similar service been provided to European police forces?

The Metropolitan Police will not reveal the purpose of the trips to Israel or the rank of the staff that travelled. A reason given for withholding the information is that it would “have the effect of compromising law enforcement tactics and strategies ”. However, If the Metropolitan Police are learning inappropriate tactics and strategy to use on London civilians then, it is for that very reason, that this information should be released into the public domain.

March 03rd, 2014 talk by Eran Efrati including the revelations that the United States police forces were being trained by the Israeli Army

If it’s the reverse and the police are teaching tactics and strategy to Israel in the context of its illegal occupation then it shows a level of involvement in the occupation that was hitherto hidden and may imply criminal behaviour according to international law. 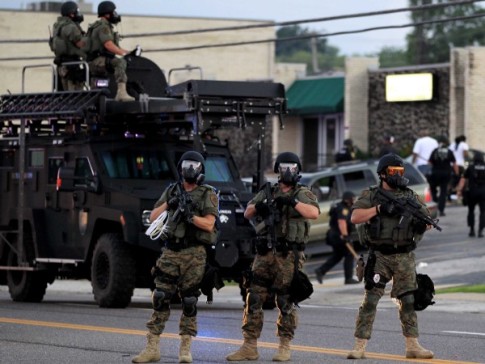 The US Militarised police force

The recent events in Ferguson demonstrate the danger of an over militarised police. Do we want to see this in Europe? Eran Efrati warned that Israel’s training of American police is dangerous. Their methods are developed in a context, where the “citizens” are seen and treated as an enemy to be crushed. As he explains, “when your police come back, you become their enemy”.

The Israelification of American Law Enforcement; A Clear and Present Danger – ADL Funded!

1 thought on “Why are London’s Police traveling to Israel?”