Angela Merkel will next week formally speak at their meetings in Africa on how it will be possible to legally take young Africans in Germany. She announced on her weekly podcast. The interviewer, Carina Sprungk, a political scientist at the Free University Berlin presented the following question:

Madam Chancellor, in the next week you go to the EU-Africa Summit on migration issues in Malta. There should be talked about the problems, but also about the opportunities of migration. And it should also be clear that the countries of origin, transit and destination countries together bear responsibility for migration. What do you mean by a shared responsibility of these countries, and what specific items you’re traveling to Malta?

“Yes, in fact we meet with the African States to a special summit on the island of Malta, which is indeed now before the gates of Africa. And we know that illegal immigration from African countries, particularly Libya – because at the moment we have no governmental structures there – and even still is very high. In the face of the many refugees from Syria, we notice that at the moment is not so eye-catching, but we have this migration. And it’s now talk about how we can on the one hand to organize our development aid properly – we will expand with additional resources – at the same time but also speak with African leaders on good governance, on the opportunities for young people in Africa; consider how we can also training educational opportunities, can promote employment opportunities through development assistance. And of course, also ask: How can we take, for example, young Africans legally in Germany, when it comes to professions which are shortage occupations with us Elucidation this is certainly not yet done enough. “.

On the question of whether the EU speaks with one voice because outwardly, Merkel said:

“I think with respect to Africa is possible with the EU-Africa summit. We will offer the Africans also new financial resources. We are talking about countries with which we can also agree on readmission agreements. The Africans are our turn to say what they expect from us – perhaps with regard to legal migration; you have to talk about it. In the center is also available: How can we secure in particular the coastal countries of North Africa “?

This announcement is problematic: The current EU development aid policy has mainly the corrupt regimes in Africa used as the former commissioner of the Foreign Ministry, Volker Seitz, has pointed out in a very readable contribution to the DWN.

For two answers is clearly indicated that Merkel will renew its invitation to immigration in Africa. It is unclear whether this position is coordinated with the other EU countries. It would be surprising if the Eastern European countries suddenly also take this course. The all-important question but: Can Merkel expressed so precisely that there is no misunderstanding? If the African political PR statements Merkel to pass unaltered? Standing behind the invitation truly concepts, like the immigrants come to Germany in wages and bread? How to ensure that the invitation does not awaken false hopes, will encourage the people to embark on an expensive, but in the end hopeless journey? How is it ensured that such an invitation does not lead to a brain drain in the countries of Africa?

Such invitations are a mixed blessing: They signal cosmopolitanism, but lead, if Germany and the EU do not have a concept necessarily lead to disappointment.

… so that the Bilderberg rat Merkel (CDU) can leave the sinking ship, making place for another Bilderberg puppet Chancellor coming from the SPD this time. (Maybe even Olaf Scholz?)

And then, under the next Bilderberg puppet SPD Chancellor, Germany will be (totally) destroyed … and not only Germany. 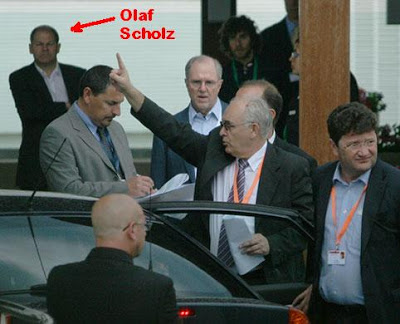 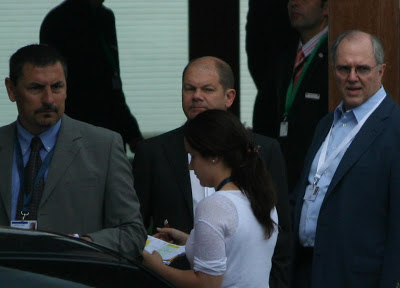