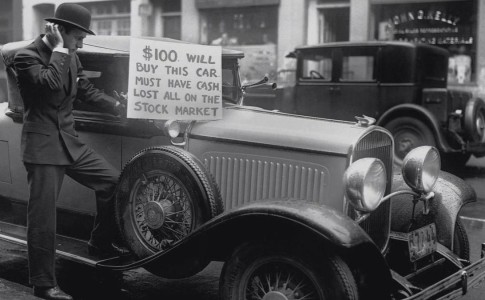 – As America’s middle class collapses, no one is buying stuff anymore:

From Walmart to Hershey to Campbell’s Soup, America’s biggest retailers and manufacturers are warning their shareholders that flat growth is a fact of life because of “consumer bifurcation,” which is plutocrat-speak for “everyone is broke except the one percent.” The companies’ plan for rescuing themselves is to turn themselves into luxury brands targeted at the wealthy.

1 thought on “As America’s middle class collapses, no one is buying stuff anymore”