If there’s anything that should have become abundantly clear over the past several months it’s that Washington’s “strategy” in the Mid-East is coming apart at the seams.

To be sure, there’s no reason why intelligence officials in the US should have ever thought the Syria gambit was going to work. Playing on the Sunni-Shiite divide can certainly be effective when it comes to creating chaos but it’s a notoriously risky way to go about things and it’s fraught with uncertainty.

The Pentagon should know this all too well. After all, it was the very same jihadists who the US supported in the Soviet- Afghan war that ended up flying commercial airliners into US “targets” on 9/11.

But America doesn’t learn, which is why, even as Tehran attempted to help Washington hunt Taliban and al-Qaeda targets in Afghanistan, The White House labeled Iran an “evil” nation and while there are certainly legitimate questions as to the IRGC’s role in sponsoring terrorism (and more specifically, in attacking US convoys in Iraq after the fall of Saddam), it now seems relatively clear that if you’re going to pick sides in the Mid-East (and you probably shouldn’t), deliberately supporting states that funnel money and arms to Sunni extremists isn’t the way to go.

Of course Washington hasn’t just indirectly supported militants in the region. Both the CIA and The Pentagon are actively propping up rebels in Syria and as we noted on Thursday, handing anti-tank weapons and shoulder-fire man-portable air-defense systems to people who may well morph from “moderate” to “extremist” is probably a bad idea – especially in light of recent events in the Sinai Peninsula.

With all of the above in mind, we bring you the following comments from Karen Kwiatkowski, retired US Air Force lieutenant-colonel who spoke to RT earlier this week.

RT: In light of this admission from the State Department, do you expect the US to rethink its support for the so-called moderate rebels in Syria?

Karen Kwiatkowski: It doesn’t appear that they want to rethink it. Being that we sent troops and probably more troops will come. What I am hoping is that Congress will rethink it for them. I think the administration is not willing to admit some mistakes that it’s made. But the Congress itself – there is no legal authorization for troops to go into Syria without permission, this is illegal – Congress is not being consulted and asked and they had not approved it. So, the president is acting out of bounds.

Note that that is precisely what Congresswoman Tulsi Gabbard recently told CNN. Of course it’s also illegal because Damascus didn’t invite the US (or Riyadh, or Ankara, or Doha for that matter) to come in and meddle in the affairs of a sovereign state, but that’s another story.

RT: Russia has repeatedly asked the US for closer coordination in the fight against Islamic State. Why do you think Washington is unwilling to work with Moscow in Syria?

KK: It seems like it is simply a matter of pride or lost face. They don’t want to lose face, they don’t want to look like they are taking orders or responding in a positive way to what Russia has decided to do. I can’t think of any other reason why they wouldn’t share that type of information, unless the information that we have is really not reliable. And given our coordination with these rebels, we don’t know who we are working with. Our information may not be very good at all, and maybe we don’t want that to be found out. I just don’t know; it is a mystery.

RT: Do you think the US has a clear strategy for Syria and if so, what is it?

KK: I think the strategy is confused. The people in Washington have imagined how the Middle East works that it is really not related to reality at all. It is unrealistic. And they are trying to put forth things – the military doesn’t want to say no. Because the militaries always are militaries – they want to show you how they can do the job that you are asking them to do.

So, we have a crisis in Washington that plays out in a very confused strategy that is not working in Syria and in the rest of the Middle East. So, I am thinking that you are going to see something out of Congress, because we, as Americans, are embarrassed by this – this is an embarrassing situation. Obama is embarrassed, the State Department sounded quite embarrassed when they briefed Congress. I think we are looking at somebody taking some action. Again, our Congress has to pull the plug on this failed strategy if you can even call it a strategy in Syria.

But we’re not sure Kwiatkowski is right to say that Congress is going to do anything about this. US lawmakers have demonstrated a remarkable propensity for ineptitude and the people who elected them are so clueless as to gobble up The White House’s Mid-East story hook, line, and sinker. 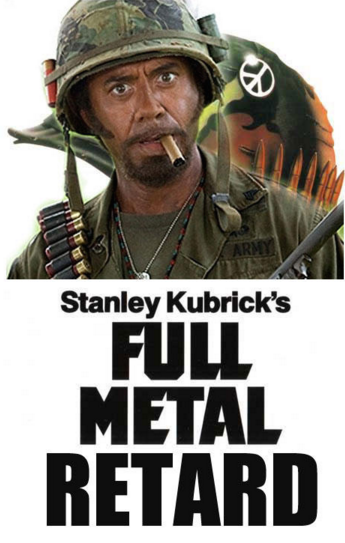